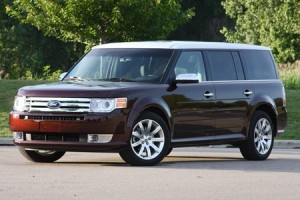 Ford is winning the perception war.

Among luxury brands, Lexus is highest ranked for the second consecutive year, with a perceived quality score of 85.4. Three European brands – Mercedes-Benz, BMW and Porsche round out the top four.

“Changing the perception of quality is a long-term proposition,” said Eric Lyman, ALG’s Vice President of Residual Value Solutions. “Consumers recognize the product improvements made by Ford and Hyundai. Honda and Toyota are still widely recognized as being the quality leaders, but as more consumers increasingly consider brands like Subaru, Ford and Hyundai, that perception gap erodes.”

“Kia and Dodge are great examples of perception improvement based on product and marketing,” said Lyman. “Both brands have launched exciting new product and impactful messaging. While they both face significant history to overcome, consumers are beginning to recognize their improvement.”

Now in its fifth year, ALG’s Perceived Quality Study is a semi-annual consumer survey measuring the perceived quality of automotive brands. PQS reports the opinions of more than 3,000 U.S. consumers in order to gauge perceptions of mainstream and luxury brands. PQS is one of the metrics ALG examines in calculating our industry benchmark residual values, helping companies and consumers understand the future value of their vehicles.