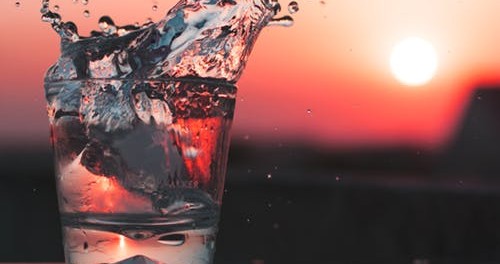 When “several good friends” founded Fourdesire in the summer of 2012, they weren’t sure where the project would take them. They started from scratch with the desire to solve some of life’s common problems with fun technology and went to work in a small studio. Seven years, three products, two awards, one move and 19,951,398 global users later, Fourdesire has expanded from a few “good friends” to a larger studio for its growing family of creatives – much like its first mobile app, Plant Nanny, and its newly released sequel, Plant Nanny².

Plant Nanny was created in early 2013 as an appealing way to encourage people to drink more water. By the following year, the app had been downloaded two million times by users around the world. Available on the App Store, Google Play and Windows Phone, the app allows users to choose a variety of cups and pots, as they experience the joy of watching their plant “babies” grow with their healthy water-drinking habit. Plant Nanny reminds users how much water they need to drink every day and records their progress and drinking history with fun and easy graphs, in addition to the visual growth of the plant itself. Underwatered plants look sad, while killing one of them forces users to start over. This innovative design and technology earned Fourdesire’s “drinking game” a Best of 2013 shout-out on the App Store.

Similarly, Plant Nanny² raises a glass (literally) to a brand-new design that includes more plants and pots, as well as mysterious new creatures. Water consumption is based on individual body data and exercise habits, and the ability to choose between millimeters and ounces will warm the hearts of users on both sides of the metric system, making calculations and conversions unnecessary. Little “missions” and rewards for regular use provide incentives to stay on track, while customizable notifications pop up as little or as often as desired. The app’s user-friendly interface is optimized for various mobile devices and screen sizes. The free trial available on the App Store allows curious customers to discover the fun of Plant Nanny² before making a commitment.

Along with Fourdesire’s app Walkr, which encourages walking while going on a pocket-sized space adventure, and Fortune City, which builds a city while teaching users about finance and budgeting, the Plant Nanny apps are part of a larger trend in selfcare apps that include Booster Buddy, Forest, Habitica, Headspace, Pacifica, Shine, Vent and Worry Watch. TechCrunch reveals that the top-10 US apps grossed $15 million in combined iOS and Android sales, or $27 million worldwide, in 2018. According to NPR, these apps are not only part of a movement toward self-care but also toward a greater degree of self-awareness. Research suggests that this is a relatively new phenomenon that reached maturity in the digital age of high-speed internet and instant gratification. Self-care apps help users slow down and make time for personal goals outside of work, school and the fast-paced lives that many people lead.

Fourdesire’s goal in creating Plant Nanny, Walkr, Fortune City and Plant Nanny² was to help people make time for themselves in a way that was fun and noninvasive. Plant Nanny² is available on the App Store as a free download with in-app purchases available to make the experiences richer and more enjoyable. These purchases include a watering can, a pile of clovers, a pack of clovers, a bottle of clovers and a wagonful of clovers, ranging in price from $1.99 to $99.99. Users of all ages from four years and above will be happily addicted to watching their plant “family” grow with their healthy water consumption.