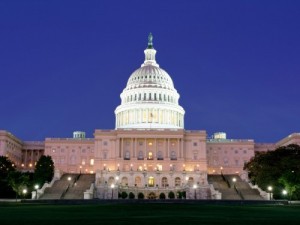 Former Virginia Governor and President of the Free Congress Education & Research Foundation, Jim Gilmore, announced last week a five-point tax reform program to create certainty about America’s economic future.  This week, he was a guest on the Price of Business show, hosted by Kevin Price, Publisher/Editor in Chief of US Daily Review.

HEAR THE HIGHLIGHTS OF THAT INTERVIEW HERE AND THE ARTICLE THAT ACCOMPANIES IT BELOW. READERS OF US DAILY REVIEW SAW THIS INTERVIEW BEFORE IT AIRED.

Since 2006 the American economy has lost growth amounting to 15.5% of the Gross Domestic Product. Unemployment remains nearly 9%. This is a waste for the country and an emergency for millions of citizens and their families.

The Free Congress Foundation has analyzed the root causes for the lack of growth. Businesses are not investing in the future. Americans should not be willing to accept this future for the country.

Gilmore stated: “We at the Free Congress Foundation, together with our economic experts, have worked to design a program for America’s recovery. We call our plan The Growth Code. Through five common sense changes to the tax code, we can accelerate economic growth to pre-recession rates or even higher, thus avoiding the second half of America’s ‘lost decade.'”

The Growth Code has five prongs:

“Most of the special deductions and credits that now exist cannot even be used by poorer families,” Gilmore said.

The Growth Code does not cost the government revenue. It doesn’t require the abolition of the tax code, only several substantial changes. It doesn’t require unobtainable changes to the Constitution. Every change can be implemented by a majority vote of the Congress.

The real result of enacting The Growth Code would be an increase in America’s Gross Domestic Product of 14.5%. The national stock of capital would increase by 35.3%. Employment and jobs would go up dramatically to a national unemployment rate of about 4.5%. Federal government revenues would actually go up by nearly 15%, which reduces the deficit and debt.

“The Growth Code is the right direction for our nation. Americans know we are on the wrong track. They know we need change. The time has arrived for a bold strategy designed to reinvigorate the American economy quickly and give our legislators time to then accomplish long-term reforms. The Growth Code can quickly and effectively restore the strength of our economy and enables us to pass on to our children what we inherited: the land of opportunity,” said Gilmore.