For the last four years, it has seemed that in many ways, Real Madrid’s Christiano Ronaldo has played second fiddle to Barcelona’s Lionel Messi, who has picked up four straight Ballon D’Or awards ahead of his incredibly talented Portuguese rival. Yet, Ronaldo’s second half goal against Juventus on 7 November 2013 is emblematic of the way in which he is finally breaking free of the awesome spectre of Messi. This is by breaking the latter’s record for total number of goals scored in the Champions League in a calendar year.

Ronaldo now has 59 goals overall in the Champions League, which is four less than Messi with 63 and 12 behind Raul, the all-time top goal-scorer in the Champions League with 71. Bwin.com have priced him as odds-on 2/5 favourite to get the Golden Boot in the 2013-14 season as well, which seems increasingly likely considering Messi’s recent hamstring injury.

How is Ronaldo doing in comparison to previous campaigns? 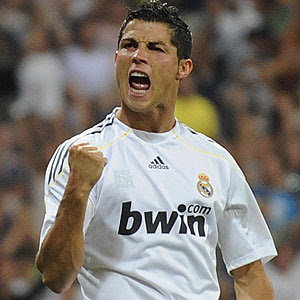 Reasons for his success

Christiano Ronaldo’s success may easily be attributed to his unrelenting addiction to excellence and as such, he has continually improved as a player since signing for Manchester in 2003, as a 17-year old.

Despite an obvious athletic ability, Ronaldo credits his outstanding skills to his sheer dedication to practising as a child, and an ‘endless need to improve’, going on to state that ‘there are no limits to learning, and it can never stop, no what our age’. This is clearly a winning attitude and one that is shared by all great sportsmen, and one which led his former manager at Real Madrid, Jose Mourinho, to state that Ronaldo is ‘the most professional player’ he has ever worked with.

Evolution as a player

Ronaldo’s skills were visible to everyone watching in his early Manchester United career, yet it took time for the young Portuguese to fully capitalise on his obvious natural ability. Through hard work, with specific focus on his mental attitude, as well as to his strength, Ronaldo went from the skinny teenager and favourite whipping boy of his rivals to become the complete player that he is today at Real Madrid.