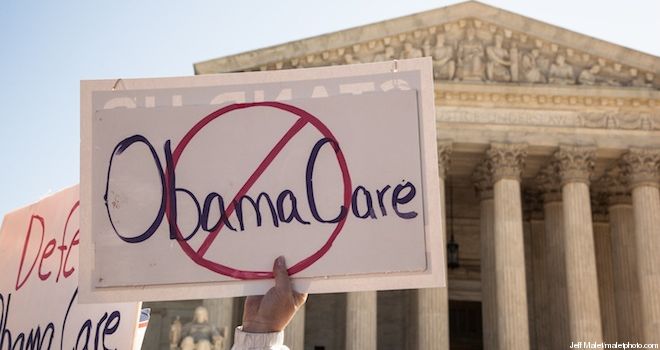 “Senators Lee, Cruz and Rubio are leading the charge against ObamaCare, while other Republicans are preemptively accepting defeat. The time to dismantle this law is now, before the new entitlements kick in.”

“In 2009, the President forced an unpopular law on the American people using supermajorities and parliamentary acrobatics to pass a bill that nobody had even read. Now, the President himself admits the law isn’t ready for implementation, as connected insiders look for ways to exempt themselves from the mandate. Why fund a bill that already has bipartisan consensus that it’s a mess?”

“We agree with Lee: If you fund ObamaCare, you own it. If you are a Republican turning your back on any opportunity to dismantle ObamaCare before enrollment begins, you’d better have a good explanation for your constituents when they demand a town hall over August recess.”

Early in the fight, FreedomWorks joined a coalition of 50 small-government groups to support Senator Mike Lee’s letter to tie ObamaCare’s funding with the upcoming continuing resolution and budget battles.

FreedomWorks will continue to lend transparency to the debate by maintaining a running list of Senators supporting the efforts of Senators Lee, Cruz, Rubio and Paul, and directing activists to take action by contacting Congressional offices directly. So far, over12,000 messages have been sent to Senate offices in support of Senator Mike Lee’s letter to defund ObamaCare through the continuing resolution.