By American Foundation for Suicide Prevention, Special for  USDR

The American Foundation for Suicide Prevention is proud to announce the winners of the annual research grant application process. Of the 193 applications received in November 2015, 17 grantees have been selected to receive from $30,000 to $1.5 million to fund research studies related to suicide  prevention.

“By funding innovative, methodically sound, potentially impactful research and building a community of researchers who care about suicide prevention, we know we can make inroads in reducing the suicide rate. Because suicide can be caused by many factors, it’s vital to approach the issue from many different angles in our research,” said Jill Harkavy-Friedman, AFSP vice president of research. “Having been an AFSP research grantee myself, and a former Scientific Advisor, I know the rigors our applicants go through. I am encouraged to see researchers who are involved with AFSP today remain passionate about suicide prevention – even long after their studies are  complete.” 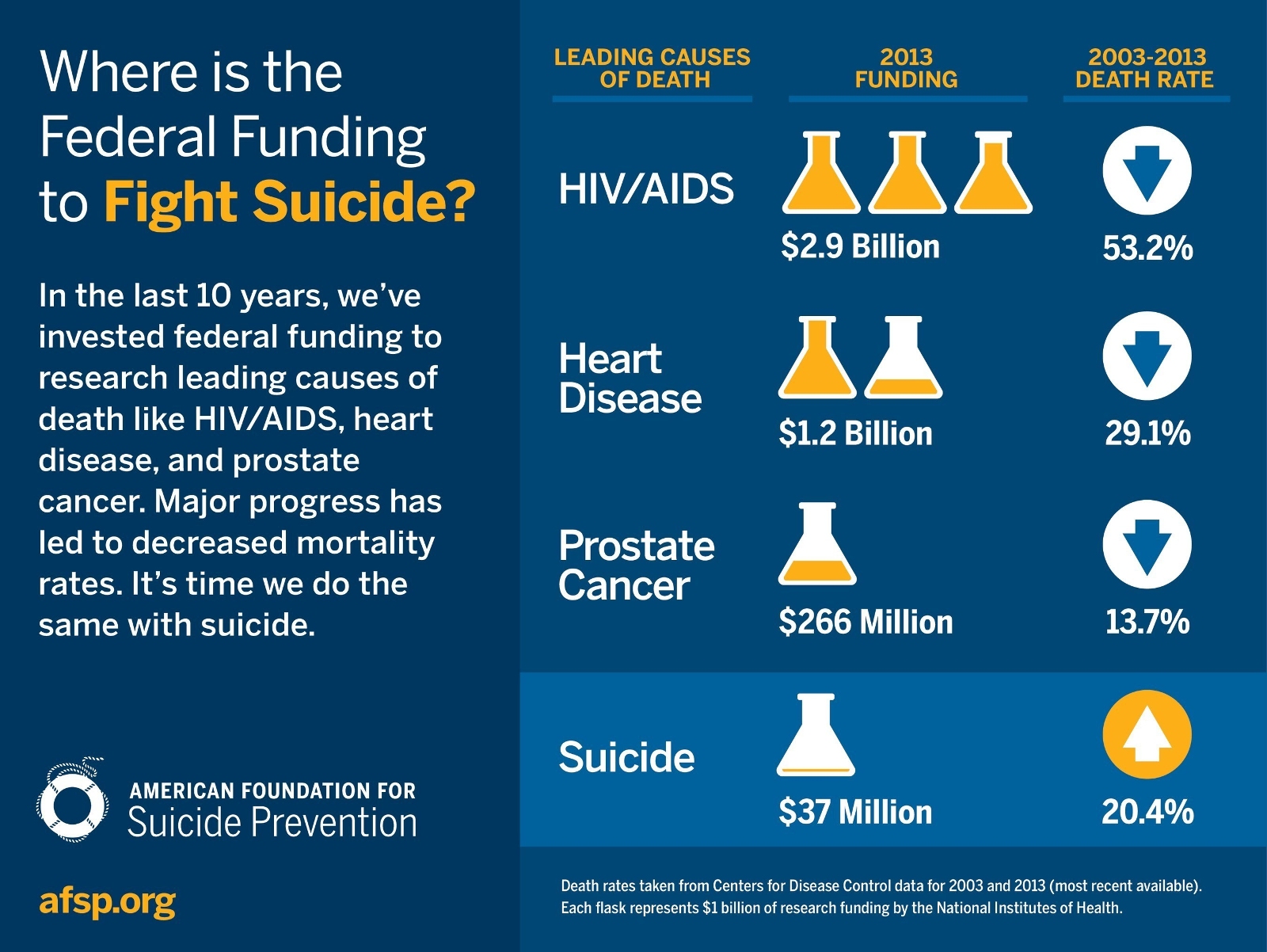 Each application is reviewed multiple times by the top suicide prevention researchers in the world. The research grants are funded mainly through individual donors who attend the AFSP walks and other public education events. Many of the AFSP grantees then go on to receive further funding from the National Institute of Mental Health and other large funding  agencies.

1. Title: “Clinical Profiles and Treatment Utilization Patterns Associated with Suicide among Youth in Medicaid”
Amount: $100,000
Researcher: Cynthia Fontanella, Ph.D.
Location: The Ohio State University, Wexner Medical Center, Columbus, OH
Question: What can we learn about suicide among youth from their health care just prior to their suicide?
Potential impact: Better follow-up care for youth at risk for suicide.

The American Foundation for Suicide Prevention is dedicated to saving lives and bringing hope to those affected by suicide. AFSP creates a culture that’s smart about mental health through education and community programs, develops suicide prevention through research and advocacy, and provides support for those affected by suicide. Led by CEO Robert Gebbia and headquartered in New York, and with a public policy office in Washington, D.C., AFSP has local chapters in all 50 states with programs and events nationwide. Learn more about AFSP in its latest Annual Report, and join the conversation on suicide prevention by following AFSP onFacebook, Twitter, Instagram, and  YouTube.