By Kevin Price, Publisher/Editor in Chief, US Daily Review.

The Obama Administration has announced that President Barack Obama opposes House legislation to ban abortions due to the sex of the baby.  Does this mean the administration supports gendercide, the permitting of the killing of people based on their sex? “The Administration opposes gender discrimination in all forms,” we are told, “but the end result of this legislation would be to subject doctors to criminal prosecution if they fail to determine the motivations behind a very personal and private decision,” White House deputy press secretary Jamie Smith told ABC News’ Jake Tapper in a statement Wednesday evening. “The government should not intrude in medical decisions or private family matters in this way.” Yet, is that not exactly what the President’s controversial healthcare law, Obamacare, do to the doctor-patient relationship? 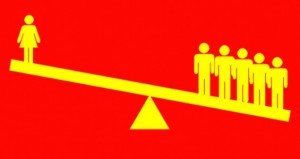 In an article for Fox News, Dr. C.L. Gray reflected on the implications of Obamacare right after it became law, noting that “The untold story is that…” “with the stroke of a pen, President Obama ushered America into an age of post-Hippocratic medicine. Unless this legislation is repealed and replaced with fiscally responsible, patient-centered policy, the relationship between patients and their physicians will never be the same.”  He goes on to note that “With disturbing consistency, the sweep of history reveals that physicians have served one of only two possible roles in society—there is no third alternative. Physicians either follow Hippocrates, remaining free to serve the well-being of the individual patient, or they follow Plato and become servants of the State, compelled to guard the “greater good” of society. This is the battle of our time.”

Under Obamacare, doctors use government guidelines and not the needs of the patient as the primary means of determining the course that is taken for his or her care. An administration that is willing to put together panels to determine whether a patient should live or die, shouldn’t blink at the responsibility of making sure people are not killed because of their gender.  It appears that the Obama Administration believes the government has a role in every aspect of healthcare, except for the “important ones” like abortion.

Sadly, the GOP led US House was not able to get the bill passed anyway, eliminating one more important referendum issue Obama would have to face in November. After a Thursday afternoon vote, the Prenatal Nondiscrimination Act (PRENDA) of 2012 failed to reach the two-thirds threshold required to pass the U.S. House of Representatives.

Tom McClusky, Senior Vice President for Family Research Council Action (FRC Action), summed that situation up well following the disappointing vote: “We are deeply saddened that the U.S. House of Representatives would vote to keep sex-selection abortion legal in this country. That anyone on either side of the political aisle would vote against a bill preventing gendercide in the United States is profoundly troubling. Given that CDC (Center for Disease Control) data suggests sex-selection abortion is occurring in our country, and a recent undercover video released this week by Live Action showing Planned Parenthood’s willingness to facilitate a sex-selection abortion, the American public cannot ignore this sexist practice. But because of lobbying by Planned Parenthood and the White House, the bill to protect against sex-selection abortion failed. We applaud the 246 Members on both sides of the aisle who voted for the bill.”

The Administration is about hypocrisy. When abortion has become such a sacred cow that it cannot be regulated to prevent killing based on gender one can only asked, how will future generations judge us?