By The Creative Group, Special for  USDR

To hug or not to hug? Many professionals ponder this question when greeting or bidding farewell to colleagues. And new research from staffing firm The Creative Group suggests that hugging among coworkers is more popular. More than half (54 percent) of advertising and marketing executives surveyed said this practice is at least somewhat common in the United States, up from 30 percent five years  ago.

It’s a different story when it comes to meeting clients, however: More than three-quarters (77 percent) of respondents said business hugs are rarely, if ever, appropriate in this context, up one point from  2011.

View an infographic of the survey  findings.

“Business hugs may be more prevalent today, but they might not be welcomed by everyone,” said Diane Domeyer, executive director of The Creative Group. “When greeting colleagues, consider the environment and tune into body language. Even if you’re a natural hugger, it’s best to offer a handshake when you sense a hug may make someone  uncomfortable.”

Advertising and marketing executives were asked, “In general, how common is it for you to greet the following individuals with a hug instead of a handshake in the United States?” Their  responses:

About the  Research
The survey was developed by The Creative Group and conducted by an independent research firm. It includes responses from more than 400 U.S. advertising and marketing  executives.

About The Creative  Group
The Creative Group (TCG) specializes in placing a range of highly skilled interactive, design, marketing, advertising and public relations professionals with a variety of firms on a project, contract-to-hire and full-time basis. More information, including online job-hunting services, candidate portfolios and TCG’s blog, can be found at  creativegroup.com. 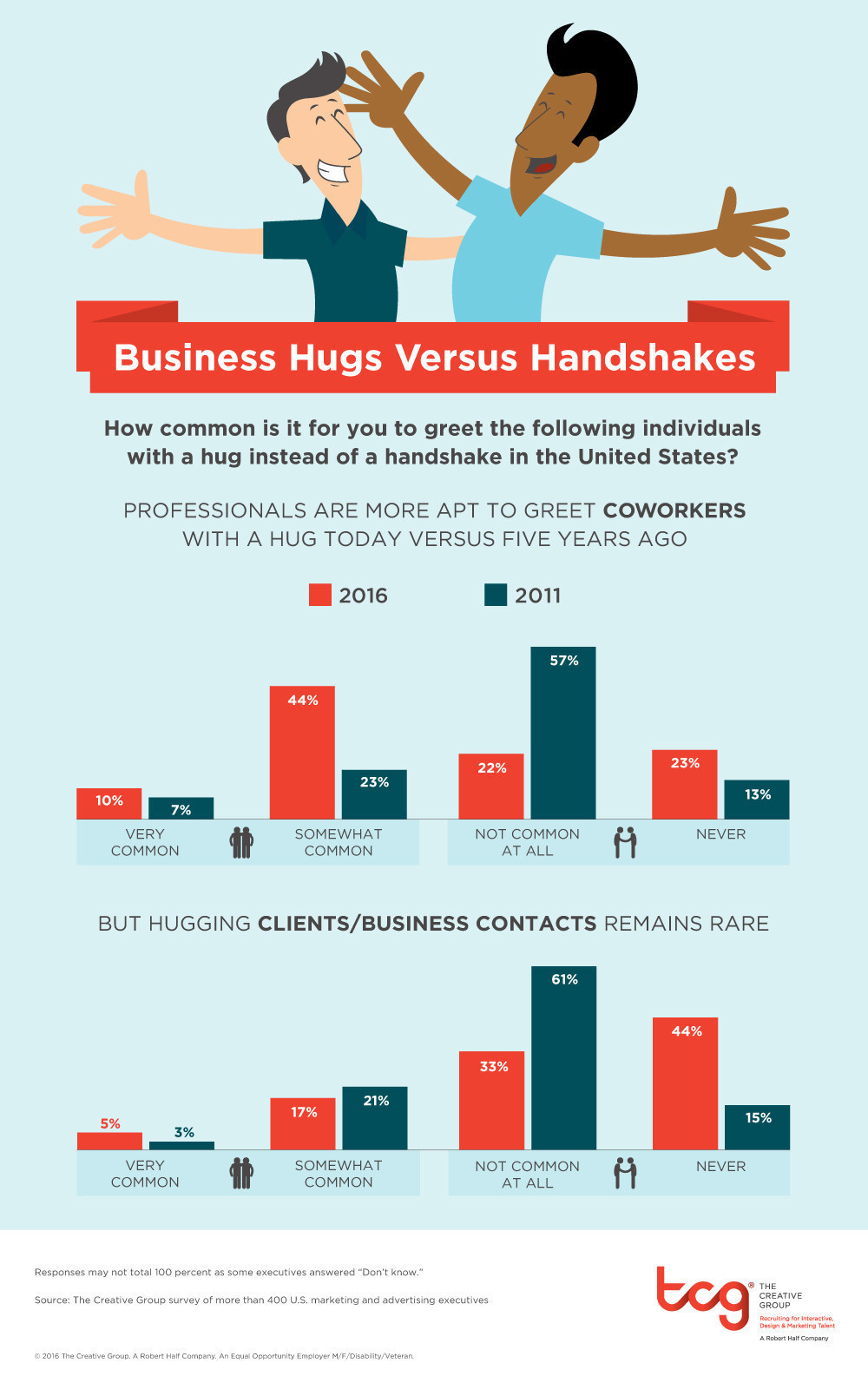