By the Reason Foundation, Special for US Daily Review. 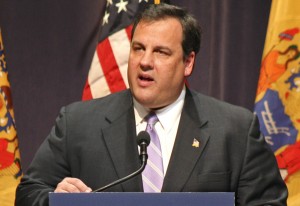 Christie is among governors seeking reforms

These are the latest in a series of privatization moves by Gov. Jindal. Over the last year, Jindal attempted to cut costs and improve efficiency by shifting parts of the Medicare system to coordinated-care networks run by private health insurance providers. He also proposed moving some state inmates to private prisons and launched a Behavioral Health Partnership to tap the private sector’s expertise in managing mental and behavioral health services for over 100,000 Louisianans.

The new state government section of Reason Foundation’s Annual Privatization Report examines how governors and legislators are using privatization, outsourcing and public-private partnerships to reduce spending and improve the quality of services.

In Ohio, Gov. John Kasich sold Lake Erie Correctional Institution for $72.7 million and turned over the management of two other prisons over to private firms. Gov. Kasich is exploring a long-term lease deal for the Ohio Turnpike and private options for the state lottery.

California and Pennsylvania are also looking into lottery privatization. Gov. Pat Quinn privatized the Illinois Lottery in 2010 in a deal expected to bring in $4.8 billion over five years, a billion more than the government anticipated generating on its own.

Like state lotteries, the need for government liquor stores is also being re-evaluated. In November 2011, Washington’s voters privatized the distribution and sale of alcohol. Policymakers in Pennsylvania and Virginia are considering following suit.  Reason Foundation finds 17 states still have government monopolies controlling wholesale and/or retail sales of liquor.

Sponsor: Tune in to the Price of Business, M-F at 8 pm CST.