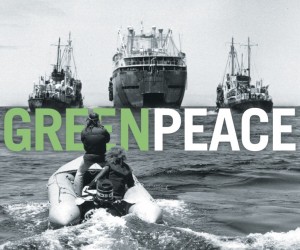 Greenpeace, the environmental activist group, represents the public interest. (That’s ostensibly what they were doing when they invaded the San Francisco Apple Store last Tuesday.)

You’ve heard this meme before, haven’t you? But have you ever asked yourself if it’s true?

One day I posed that question to myself and here is what I found.

Greenpeace USA, a group which claims to act in the public interest and which on a daily basis seeks to insert its influence into politics and business, and by extension into your life, is in reality an organization that is directed by fewer than 100 persons. Here’s the support.

In Section 2.1a of Greenpeace USA’s By Laws, the Selection of Voting Members, it states:

The Voting Members of this corporation (referred to in these Bylaws as the “members”) shall consist of those individuals designated by the Board of Directors.

In Section 2.1, the By Laws further state that the Board of Directors will select Voting Members based on their work experience  with Greenpeace USA, or other Greenpeace divisions, or on their leadership in the environmental movement, and that the total number of members will be between 40 and 100.

The right to vote for member-elected directors of the corporation (Greenpeace USA)
as provided in these Bylaws. Parentheses mine.

Representative of the public interest?

The pubic interest, at least by definition if nothing else, cannot be represented when fewer than 100 persons make the decisions that guide an organization that influences the political process as well as the commercial decisions of many companies.

For Greeenpeace USA to truly represent the public interest, the persons controlling the organization would need to be elected by the public, which is clearly and definitely not the case.

How do you feel about this meme now?

Richard Telofski is a competitive strategy and intelligence analyst. Formerly the president of one of the first competitive intelligence consultancies, Richard currently practices at The Kahuna Institute where he studies the effects of the anti-capitalism movement on business. He blogs about “The War on Capitalism” at www.Telofski.com.

Sponsor: Tune in to the Price of Business, M-F at 8 pm CST!