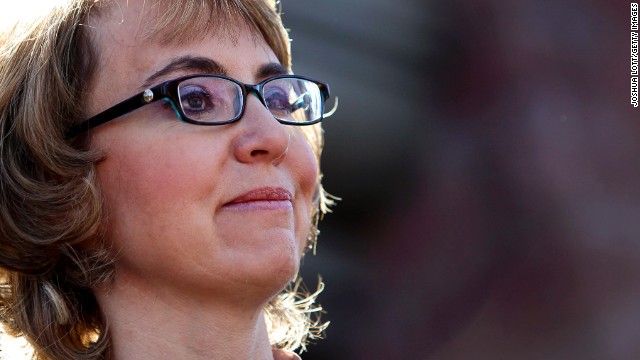 When former Congresswoman Gabrielle “Gabby” Giffords told an Oakland, Calif., audience Wednesday that she forgives a mass murderer whose name we won’t glorify, she was “way off target” because her recent efforts have tried to punish law-abiding citizens with new gun laws, the Citizens Committee for the Right to Keep and Bear Arms said today.

“We don’t forgive the Tucson shooter,” said CCRKBA Chairman Alan Gottlieb. “We’re glad he will spend the rest of his life in prison for what he did to Congresswoman Giffords, and for killing six other people in the process.

“But I am personally appalled,” he continued, “that she has done so, while at the same time she’s been traveling around the country, campaigning for more gun control laws that erode the rights and freedoms of millions of people who have not harmed her or anyone else. It seems that she would rather punish lots of innocent people than one guilty person.”

Gottlieb said he was stunned to read how her husband, Mark Kelly, asked the audience, “How do we stop gun trafficking?” barely a week after federal authorities arrested California State Sen. Leland Yee and several other people for attempting to do just that. Yee has been an outspoken proponent of ever-tougher California gun laws.

“I would suggest to Kelly that, for starters, his new gun control group, Americans for Responsible Solutions, demand a house-cleaning in Sacramento,” Gottlieb remarked. “Then they can demand accountability for those who monstrously mishandled Operation Fast and Furious. B. Todd Jones, director of the Bureau of Alcohol, Tobacco, Firearms and Explosives, admitted to California Rep. Darrell Issa’s House Oversight Committee that none of those responsible for that gun trafficking abomination have been fired.

“We have great empathy for what Gabby Giffords has endured,” Gottlieb concluded, “and continue to pray for her full recovery. But that doesn’t mean we will stand silent while she and Kelly continue to exhibit misplaced values by treating responsible firearms owners like criminals while the criminal who tried to kill her basks in the blessing of her forgiveness.”