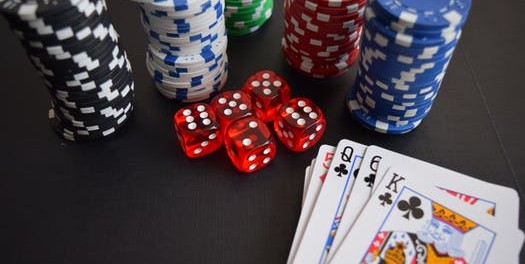 Not so much more then a month ago Habanero Systems BV, a game developer focused on casino games, made a deal with the online casino Videoslots. Habanero systems have now announced that they have made an arrangement with the iGaming giant Bethard Group as well. This is very exciting news for those who like to play on real money casinos online. Habanero systems have many great games on offer and they with these two deals they are about to grow even more, enabling them to create more games, and even better games than  before.

European Gaming Media and Events, which is a gaming event organizer, issued a press release on Monday the third of September confirming the new agreement. This came after Habanero Systems BV completed a deal in late March with iSoftbet. Habanero Systems BV will now through iSoftBets gaming aggregation platform distribute its content. These sort of deals are pretty common throughout the iGaming world where many companies partner up for better spread and reach throughout the different  markets.

Bethard to receive full portfolio with a spicy  bite

The portfolio from Habanero contains a large variety of HTML5-optimized games like video slots Four Divine Beats and Egyptian  Dreams.

Both sides are looking for the  future

Bjornar Heggernes, who is the Casino Manager for Bethard Group, made a statement about the developer  saying:

“Its games improve with every release and we are confident that our players are going to love what it has to offer. It’s going to be a pleasure to hear what they have to  say.”

The arrangement between the two companies is part of Bethard Group’s strategy of always looking to add new games of the highest  quality.

The Head of European Business Development for Habanero Systems, Arcangelo Lonoce, said in the following  statement:

“This deal gives us the chance to reach a wealth of new players through one of the most exciting brands out there in Europe. We look forward to a long and fruitful  partnership.”

He has also said he could not be happier working with Bethard Group and that more things are to  come.

2018 has certainly been a record year for the iGaming business with new casinos launching all the time. And still, the year is not over. One can but wonder what 2019 has to offer for players out there. Sweden is changing their gambling laws, opening up the market for foreign investors and innovators. That will surely spark the iGaming flame once  again.