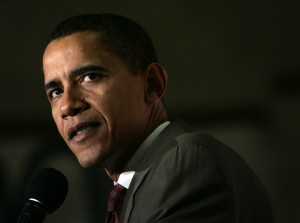 In a strange disconnect among voters who don’t like the President (around 60%), yet some how believe Obama will be reelected (50 percent).

While the Republicans are still fighting it out for the nomination, President Obama remains out of the election fray and this may be helping his approval ratings hold steady. Just like last month, two in five Americans (40%) give the President positive ratings for the overall job he is doing while three in five (60%) give him negative ratings.

These are some of the results of The Harris Poll of 2,451 adults surveyed online between March 12 and 19, 2012 by Harris Interactive.

Looking at the possible swing states for the general election (Colorado, Florida, Indiana, Iowa, Nevada, New Hampshire, North Carolina, Ohio and Virginia) just over two in five Americans in these nine states (42%) give the President positive ratings while 58% give him negative marks.

Direction of the Country and Most Important Issue

When it comes to the two most important issues for the government to address, it’s almost all about the economy in some way. Over one-third of Americans (36%) believe the government needs to address employment and jobs while three in ten (30%) say it is the economy in general. One in five U.S. adults (21%) say the government should address healthcare while 12% say they need to deal with gas and oil prices and 11% say the issue is the budget deficit and national debt.

As the Republicans head into more primaries with a presumptive nominee but a battle to prove it, President Obama is on the sidelines and mostly free from their attacks. That seemed to help him last month and has at least allowed him to stay steady this month. But, as the overall economy ever so slowly inches back, the President now has to deal with rising gas prices putting a new crimp on people’s wallets. If these high prices linger, the thoughts of a recovery may start to fade.

TABLE 1
PRESIDENT OBAMA’S JOB RATING – BY PARTY & IDEOLOGY
“How would you rate the overall job President Barack Obama is doing?”

Note: Percentages may not add up to 100% due to rounding; 2012 Swing States are Colorado, Florida, Indiana, Iowa, Nevada,New Hampshire, North Carolina, Ohio and Virginia

*Positive = excellent or pretty good.  **Negative = only fair or poor.

TABLE 3
RIGHT DIRECTION OR WRONG TRACK
“Generally speaking, would you say things in the country are going in the right direction or have they pretty seriously gotten
off on the wrong track?”

TABLE 4
VOTING FOR PRESIDENT OBAMA
“If the election for president were to be held today, how likely would you be to vote for the current president, Barack Obama?”

Note: Percentages may not add up to 100% due to rounding

TABLE 5
VOTING FOR PRESIDENT OBAMA – BY POLITICAL PARTY
“If the election for president were to be held today, how likely would you be to vote for the current president, Barack Obama?”

Note: Percentages may not add up to 100% due to rounding; 2012 Swing States are Colorado, Florida, Indiana, Iowa, Nevada,New Hampshire, North Carolina, Ohio and Virginia

TABLE 6
LIKELIHOOD OF OBAMA’S RE-ELECTION
“If you had to say now, do you think that President Obama will be re-elected, or not?”

Note: Percentages may not add up to 100% due to rounding

TABLE 7
MOST IMPORTANT ISSUE
“What do you think are the two most important issues for the government to address?”
Spontaneous, unprompted replies

This Harris Poll was conducted online within the United States between March 12 and 19, 2012 among 2,451 adults (aged 18 and over). Figures for age, sex, race/ethnicity, education, region and household income were weighted where necessary to bring them into line with their actual proportions in the population. Propensity score weighting was also used to adjust for respondents’ propensity to be online.

The results of this Harris Poll may not be used in advertising, marketing or promotion without the prior written permission of Harris Interactive.