A new report prepared by Southern Methodist University’s Maguire Energy Institute confirms regulatory decisions from Washington can have profound impacts on oil production and prices. It also refutes the President’s campaign claims that activity in the Gulf of Mexico has returned to pre-moratorium levels and shows that decreased production from the area is hurting consumers. 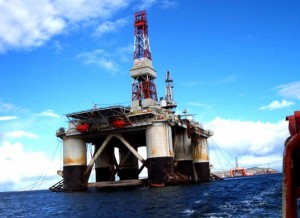 “Americans should not be paying more at the pump because the President’s failed energy policies have imposed a ‘regulatory risk premium’ on oil and gas production in the Gulf,” said Texas Republican Congressman Kevin Brady, a staunch critic of the President’s attacks on American oil and gas. “The number of active Gulf rigs is well below the pre-moratorium level yet the President continues to exaggerate permit numbers and limit drilling.”

“Not only is there a sharp increase in the time it takes to get a permit approved, the process the Department of Interior is actually making the situation worse, not better,” added Brady.

According to the report, revenues to the U.S. Treasury from Gulf of Mexico oil and gas lease sales have fallen dramatically during the Obama Administration, from $9.4 billion in 2008, to $1.1 billion in 2009, to $979 million in 2010, and, finally, to $36 million in 2011. “While the President campaigns for higher taxes on certain Americans, he’s leaving billions in oil and gas revenues on the table that could help offset budget shortfalls.”