By Brionna Kennedy, Special for USDR. 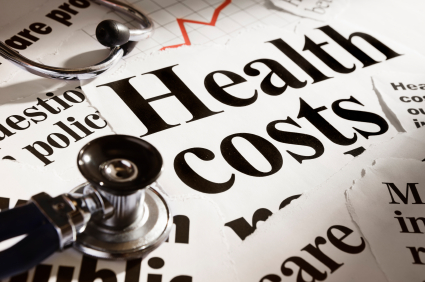 One of the biggest debates in American politics is the one centered on healthcare. Making sure that every American enjoys the benefit of good health has been a very complicated and expensive problem that has had no shortage of proposed solutions. Some of these plans have been put into action, and have consequently determined what health benefits Americans have been able to receive.

The two major landmarks for healthcare reform in the United States have been the Social Security Act of 1965 and the Affordable Care Act of 2010. The former created the Medicare and Medicaid programs, which provide government-regulated healthcare to certain groups, and the latter has created new healthcare programs while increasing the benefits that older programs offer.

What Programs Used to Provide

Prior to the Affordable Care Act, health insurance companies did not legally have to provide any level of care. They provided plans with premiums that varied based on an individual’s risk of health problems. Certain risky individuals could be ineligible for the types of coverage they could afford. Programs like Medicaid were also less clear-cut; to qualify, one had to belong to one or more protected categories, which varied from state to state.

The Affordable Care Act requires a baseline level of care from all insurance providers. These healthcare benefits will be included in plans purchased individually or provided through an employer. They will also be provided through expanded Medicaid coverage in states that have chosen to participate. According to the law, these benefits include the following:

The Cost of Coverage: Mandates

To pay for the increased level of coverage insurers must provide, the law requires individuals and employers to pay for insurance that once did not have to.  Anyone living in a state that has expanded Medicaid coverage under the Affordable Care Act is required to purchase coverage or pay a fee.

Employers of 50 individuals or more must also provide the same level of coverage for their employees, and the provided plans must meet an “affordability threshold” — their annual premiums cannot be more than 9.2% of an employee’s income. According to adp.com, around 8.6% of individuals currently spend more than that amount a year on health insurance, meaning that certain businesses might have to restructure their healthcare programs to comply with the new laws.

America’s healthcare benefits have evolved much over the years, and more quickly in recent times than ever before. And while the effects of the Affordable Care Act are just beginning to be felt by the nation, we are already adjusting some of its biggest provisions. You can bet that the healthcare debate is far from over, and our benefits will continue to grow and change as it continues.

Brionna Kennedy is native to the Pacific Northwest, growing up in Washington, then moving down to Oregon for college. She enjoys writing on fashion and business, but any subject will do, she loves to learn about new topics. When she isn’t writing, she lives for the outdoors. Oregon has been the perfect setting to indulge her love of kayaking, rock climbing, and hiking.