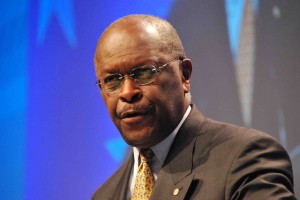 The Herman Cain campaign for president was unconventional by every expression of the word.  It is unusual for a person with no electoral experience to be taken so seriously as a candidate for the office in the first place. Furthermore, it is virtually unheard of for a black to run to the right of just about every candidate in the field. As a black conservative, Cain put fear in the hearts of the Democrats and of the media that has put themselves in the position of protecting the left.  A black conservative being elected president had the potential of changing the entire electoral landscape of the future.

Several weeks ago I wrote that the charges against Cain had more to do with his race than his behavior, in my opinion.  With his announcement today that he is suspending his campaign, I feel more convicted that such is still the case.  The charges against Cain are many in quantity, but insubstantial as far as quality, but he is walking off the stage.  Average Americans are not going to do the heavy lifting to determine how strong these charges were, instead they will assume that they were right, or Cain would never had gotten out of the campaign.  Cain has come to realize that a black conservative does not have a prayer in the current media environment.

For several years I have been chronicling the problems facing conservative minorities and women running for national office. The left, which has the media as its protector, believes that since women and minorities would not be allowed in politics if it were not for progressive policies, these people have a responsibility to be liberal. Regardless of the fact their freedom was won, they should only have the freedom to be liberal.   This is why people like Sarah Palin were asked “good wife” questions when she ran for Vice President, as if we were in the “Ozzie and Harriet” generation.  The left — and the media — cannot tolerate conservative women and minorities.  It is not only because of the perceived “hypocrisy” of these people, but because a successful Herman Cain presidency would do more damage on the Democrat’s hold on this powerful minority than all the terrible decisions of Barack Obama combined.  A successful black conservative would, potentially, be the beginning of the end of the power of the left on minorities.  The media knows this.

All blacks, regardless of their political stripes, should be up in arms over the treatment Cain has received.  But don’t expect Jesse Jackson and Al Sharpton to stand up to protect the civil rights of Herman Cain. They know to which party they have sold their “equal rights” souls.

A writer at CBS says that, at least Herman Cain helped his “brand” for business and marketing purposes.  Maybe, but it was a devastating blow to minorities and women who want the right to run for national office, regardless of their philosophy.