Liberty Institute and the Family Research Council once again partner to release Undeniable: The Survey of Hostility to Religion in America. This year's annual survey documents almost 1,200 incidents of hostility to religion in America—approximately double the number of incidents in last year's survey.  It was unveiled at the Values Voter Summit at the Omni Shoreham Hotel in Washington, DC.   At this year's Summit, several of the victims of high-profile religious freedom cases will share their stories on the main stage, Saturday, October 12. The same day, the survey will be available for viewing and free download at www.ReligiousHostility.org.

“Attacks on religious liberty are continuing to increase at alarming rates in the United States, both in frequency and the severity,” said Liberty Institute General Counsel Jeff Mateer. “However, when those who value religious liberty stand up against these threats, we are successful in defeating the secularists' agenda, which seeks to remove faith from public life.” 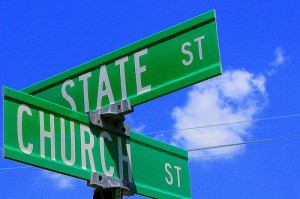 Family Research Council President Tony Perkins said: “As dark as this survey is, there is much light. The secularists' agenda only advances when those who love liberty are apathetic. Let this be a call to stand for religious liberty in the U.S.  Religious freedom has always been defined as the right to live out one's faith in every area of life, but the Obama administration wants to redefine it to mean what happens within the four walls of the church, which they call freedom of worship. It's the Gospel that's at the heart of the controversy — and the freedom to preach and live your life according to that message that is at stake.”

In 2004, The Survey of Religious Hostility in America was born when Liberty Institute President Kelly Shackelford testified before the U.S. Senate about the growing religious hostility in America. Because the opposition insisted the cases he highlighted were simply isolated incidents, Senators Kennedy and Cornyn asked Liberty Institute to provide additional information, which led to the development of the first hostilities document.

Led by President and CEO Kelly Shackelford, Liberty Institute is a nonprofit law firm, dedicated to defending and restoring religious liberty across America — in our schools, for our churches, throughout the public arena and in the military. Liberty Institute's vision is to reestablish religious liberty in accordance with the principles of our nation's Founders. For information, visit www.LibertyInstitute.org.

Since 1983, Family Research Council (FRC) has advanced faith, family and freedom in public policy and public opinion. President Tony Perkins and his team of seasoned experts promote these core values through policy research, public education on Capitol Hill and in the media, and grassroots mobilization. Through outreach to pastors, FRC equips churches to transform the culture. Strategically located in Washington, D.C., FRC is the leading voice for the family in our nation's halls of power.  For information, visit www.frc.org.