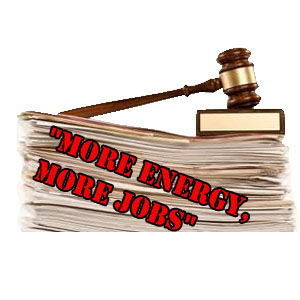 This week the U.S. House of Representatives approved passage of the Offshore Energy and Jobs Act, spearheaded by the chairman of the House Resource Committee, Rep. Doc Hastings of Washington.

The measure, which is estimated to create $1.2 million new jobs in America, includes the “More Energy, More Jobs” amendment pushed by Congressman Kevin Brady of Texas and approved during floor debate.

“Our nation needs more jobs, affordable energy and the security of more North American-made energy,” said Brady, a senior Republican member of the House Ways and Means Committee and Chairman of the Joint Economic Committee. “With this struggling economy and our nation in the midst of an energy revolution, it’s time to unlock our offshore energy resources and pursue responsible development.”

Based on the “More Energy, More Jobs” legislation filed by Brady last week, the amendment authorizes state governors to identify offshore areas for inclusion in the federal government’s five year leasing plan. It also requires the Interior Department to conduct environmental reviews for those areas, typically a two year process that is the first step for including the tracts in the offshore leasing plan.