Nearly nine in 10 (88 percent) executives surveyed for the quarterly Robert Half Professional Employment Report said they anticipate no changes to the size of their teams in the next three months. Five percent of respondents plan to add full-time, professional-level staff in the third quarter, while another 5 percent indicated they will make personnel reductions. Recruiting challenges continue to surface for executives — 69 percent of those interviewed said they are having difficulty finding people with the skills they need, up eight points from the second-quarter survey. 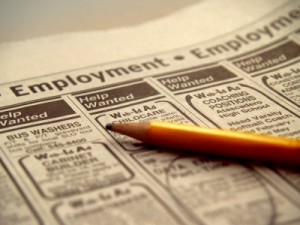 The Robert Half Professional Employment Report is based on telephone interviews with more than 4,000 U.S.-based C-level executives and other senior managers in a variety of fields who are asked about their hiring plans and general level of optimism for the upcoming quarter. Survey respondents include more than 1,400 chief financial officers (CFOs); 1,400 chief information officers (CIOs); 500 senior human resources managers; 100 lawyers at law firms and 100 corporate lawyers; and 125 advertising executives and 375 marketing executives, all of whom have hiring authority. The Robert Half Professional Employment Report is the first quarterly executive survey of its size and scope to concentrate exclusively on professional-level hiring.

“One factor affecting hiring activity is a shortage of specialized talent — especially in technology and finance,” said Max Messmer, chairman and CEO of Robert Half International. “While general unemployment remains high, unemployment for key positions in these fields is low, leading to recruiting challenges for many firms.”

Brett Good, a senior district president with Robert Half, added, “To locate specialized skills quickly and keep workloads manageable, many firms are engaging temporary or project professionals. The flexibility of variable-cost labor provides an advantage to companies that seek greater control over their human resources budgets and appreciate having access to skilled talent when and for as long as they need it.”

Survey respondents in the Mid-Atlantic states expect the most active hiring in the third quarter, with a net 6 percent of executives planning to add staff. “Much of the job growth in the Mid-Atlantic region is concentrated in the retail, healthcare, pharmaceutical and financial services sectors,” Messmer said. “Senior accountants, financial analysts and business systems analysts are in particular demand. Companies also are seeking to fill positions in business intelligence, web and mobile development, and network security.”

Third-quarter professional-level hiring is anticipated to be strongest in the transportation industry, where a net 6 percent of respondents said they expect to make staff additions. The transportation industry has led in hiring projections for three consecutive quarters. This was followed by a net 5 percent of executives in both the manufacturing and the finance, insurance and real estate sectors who indicated they will increase personnel during the upcoming quarter.

The legal profession again topped the survey in anticipated hiring, with a net 30 percent of lawyers planning to add staff. A net 11 percent of executives in the advertising and marketing fields indicated they will hire during the third quarter. The IT and accounting and finance fields reported the greatest difficulty finding skilled professionals, as cited by 70 percent and 69 percent of executives, respectively.