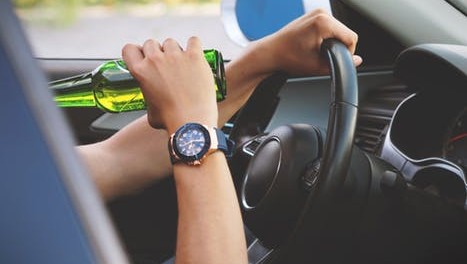 Operating a vehicle under the influence(OUI) of drugs or alcohol is a crime that is not taken lightly in Massachusetts, and an OUI conviction can stay on your criminal record forever if you don’t elect to enter into a diversionary program or are found not guilty at trial. Massachusetts has these harsh OUI laws to deter drunk driving overall due to the losses in life and property incurred by our state and its residents every year as a result of drunk driving accidents and fatalities. For example, the Center for Disease Control (CDC) estimates that the death rate in Massachusetts, due to drunk driving accidents, was about 1.8 people per 100,000 members of the state’s population in  2012.
Moreover, the CDC estimates that drunk drivers got behind the wheel 121 million times nationwide in the same year. In 2000, drunk driving accidents costs the United States $51.1 billion according to the National Highway Traffic Safety Administration. So, given these facts, it is not surprising that an OUI conviction can result in you having to pay fines, serve time in jail, and leave a permanent mark on your criminal and driving  record.

How Can I Keep an OUI Off of My  Record?

An OUI can stay on your record for a lifetime unless you elect  to:

Each of these options involve heavy legal expenses and fines. For example, electing to enter 24D probation could require an offender to a pay a fine based on the OUI itself of $500 to $5,000, pay probation fees, and pay for an alcohol education program in addition to other requirements. These expenses paired with the cost of an OUI attorney, court costs, et cetera can be financially devastating, but the loss in employment opportunities, due to an OUI conviction on your record, will be far more expensive than any option you accept as a mechanism to keep the conviction off of your  record.

How Long Does an OUI Conviction Stay on my Driving  Record?

An OUI conviction will also appear on your driving record for ten years in most instances. This can lead to increased insurance rates and having to explain an OUI conviction to your employer. Moreover, each OUI conviction comes with a mandatory driver’s license suspension period, which can be the biggest source of frustration for most  people.

For example, a first time offender could face having their license suspended for a year after their date of conviction. Even if you elect to enter 24D probation, your license will be revoked for 45 to 90 days after you enter the program. The suspension period will increase if you have a previous OUI conviction on your record including the successful completion of 24D  probation.