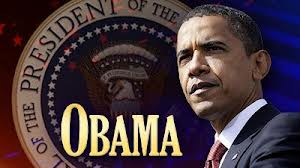 Barack Obama won the 2012 presidential election not based on superior policy, plans or promises but on his superior digital media strategy, voter intelligence efforts and computer-backed “get-out-the-vote” practices, according to a new book.

“What Went Wrong: The Inside Story of the GOP Debacle of 2012 … And How It Can be Avoided Next Time,” by New York Times bestselling author Jerome R. Corsi, Ph.D., analyzes the Republican defeat and outlines a roadmap for GOP success in 2016.

It’s more than a rehash of the campaign trail, it’s a “critical blueprint” for a Republican surge in 2016.

America is headed for an embrace with the vast tentacles of Obamacare, a huge flood of illegal aliens through amnesty and increasing privacy concerns.

Is that what Americans really voted for?

“The problem lies not with the values of the Republican campaign – but with the execution, the book says.

“No future Republican presidential candidate will be able to win the White House unless the GOP can challenge the Democrats in digital media strategy, voter intelligence efforts and the deployment of computer-backed ‘Get Out the Vote’ field technologies,” the book contends.

Both campaigns considered the outcome of the 2012 race a certainty. GOP candidate Mitt Romney’s advisers “were convinced Romney would be elected.” And Obama had no less confidence.

But the “carefully crafted strategy of the well-oiled and underestimated Democratic Party machine left Romney’s team sitting in a heap of disastrous miscalculations and America with four more years of Obama at 1600 Pennsylvania. For conservatives, the outcome of the 2012 presidential election was a harsh wake-up call: Superior policy can’t surpass superior movement in a campaign.”

Explains Corsi: “Obama beat Romney with a sophisticated understanding of voters, an ability to computer model them and communicate to them. Obama won as a celebrity and Romney lost because he failed to fight and failed to communicate to the voters that he did care, and that his message of free enterprise could be applied across the board even to the interest groups the Democrats were appealing to.”

Corsi also says Romney’s advisers missed warning signals in polls, and Obama depended on his charisma and his “government-dependent constituency.”

“The problem lies not with the values of the Republican campaign – but with the execution,” the book explains.

Jerome R. Corsi has a Ph.D. from Harvard in political science and serves as senior staff reporter for online news giant WND. He is the author of two No. 1 New York Times nonfiction bestsellers, “Unfit for Command: Swift Boat Veterans Speak Out Against John Kerry” (with co-author John O’Neill) and “The Obama Nation: Leftist Politics and the Cult of Personality.”