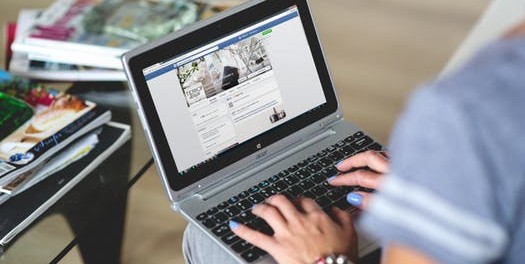 Social media is having a huge impact on society. It is changing how we interact with our friends, how we plan events, how we job search, and how we present ourselves to society. It is also having an effect on how we consume news and information. This is a period of disruption for news and media outlets, and social media is one of the main factors behind this  upheaval.

The struggle for traditional media  outlets

The change in focus away from TV and newspapers has meant that some publications have struggled. The issue of how to monetize content has led to some publications using a paywall system where consumers must pay a subscription in order to receive content. Other outlets use adverts to get their revenue. However, falling sales of newspapers and dwindling television viewing figures have meant that some outlets have had to lay off staff and have shrunk. The internet and social media have changed the fortunes of some companies for better or for  worse.

More news outlets and more power for the  consumer

The internet has led to the setting up of various new publications and outlets for news. This means that consumers now have a much greater choice of places to go to get their news. In the past, in the US, there were a few major TV news channels and some national and regional newspapers. Now, there are thousands of online publications to choose from, depending on your political  leaning.

It’s not just the establishment of several new news outlets that is giving us even more options. Social media allows us to follow news outlets that we wouldn’t have been able to read/watch in the past. For example, in the US, you can read articles written by the Guardian from the UK or Al Jazeera from Qatar – social media and the internet have opened us up to so many new voices and points of  view.

The democratization of news means that everyone with a social media account has a platform on which to disseminate news and information. In some ways, this is good because it means that there are more choices for where you get your news from, but it does mean that there are more news outlets in which stories do not go through the same rigorous fact checking that happens at major news publications. It basically means that you can post any old made-up stuff for people to  see.

Fake news has always been around, but social media has meant that you are now exposed to, potentially, far more of it. Fake news has been in the real news a lot recently because of its supposed impact on the US 2016 election and on the UK’s EU referendum. Ordinary people on social media were exposed to all manner of news stories based on their interests and preferences that were not necessarily true, potentially influencing them to vote a certain  way.

Direct communication between companies and  consumers

Prior to social media, companies would get information across to customers via adverts and press releases to news outlets. Now, with social media, all they need to do is make an announcement on their Twitter or Facebook profile and customers can immediately comment on it. Companies can then directly reply to customers’ comments, complaints and questions – this does leave companies more open to criticism and the potential for controversy. This gives both brand and consumer more power because they don’t have to go through a third party. For better or for worse, companies and consumers are linked more easily than ever  before.

Education is how we learn more through consuming information. Social media is also helping us to learn more. There are all sorts of accounts that promote learning through interesting facts or specializing in particular fields or topics. For example, there is a Twitter account that live tweets the entirety of the Second World War in real time. There are also academic journals that post information about new theses and arguments. For example, Oncotarget posts interesting interviews with academics and new findings from  journals.

Social media is having an enormous impact on how we consume news and information. It is giving us more choice while forcing news outlets to change and even allowing new ones to appear. Educational information is also easier to obtain than it used to be – greater access to information allows us to learn new things wherever we  are.