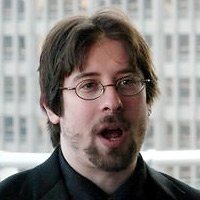 Eric Golub has grown tired of what he calls a pervasive disdain for conservatives among liberals. With his three new books, “Ideological Idiocy,” “Ideological Violence,” and “Ideological Bigotry,” he is launching a new effort to stop the intolerance.

The politically conservative Jewish satirist, author, columnist and speaker has made a name for himself by sharing his political views among major media outlets and conservative speaking engagements.

Now, he has turned his writings into a series, beginning with “Ideological Bigotry,” a “real-time” account of the ever-changing political sphere within the United States, expanded from years of politically charged columns.

“I got tired of seeing liberals despise conservatives for just existing and breathing air,” says Golub. “I coined the term ‘ideological bigotry’ because it is just as harmful as racial or ethnic bigotry, but does not get discussed.”

Through humor and shock value in “Ideological Bigotry,” Golub aims to get liberals to argue politics through policy rather than personal attacks, and to teach conservatives how to fight back against liberal bullies.

The remaining books in his series, “Ideological Violence” and “Ideological Idiocy” were inspired by his conclusion that liberals categorize conservatives as either evil or stupid, Golub says.

“Until liberals see conservatives as the ‘noble opposition,’ they will continue to live in the intellectual, ethical and political wilderness reserved for those who prefer rage, hatred and anger to rolling up their sleeves and creating solutions,” says Golub. “The trilogy shows that the left hates the right, the two tools they use to dehumanize conservatives, and how using humor, conservatives can turn the tables.”

Eric Golub is Brooklyn born, Strong Island raised, and looking forward to a world where people are judged by the nobility in their hearts. His website, Tygrrrr Express, won the 2007 Bloggers Choice Award for Most Passionate Fan Base. He earned his MBA in finance and currently works as a stockbrokerage and oil professional. Golub currently resides in Los Angeles.