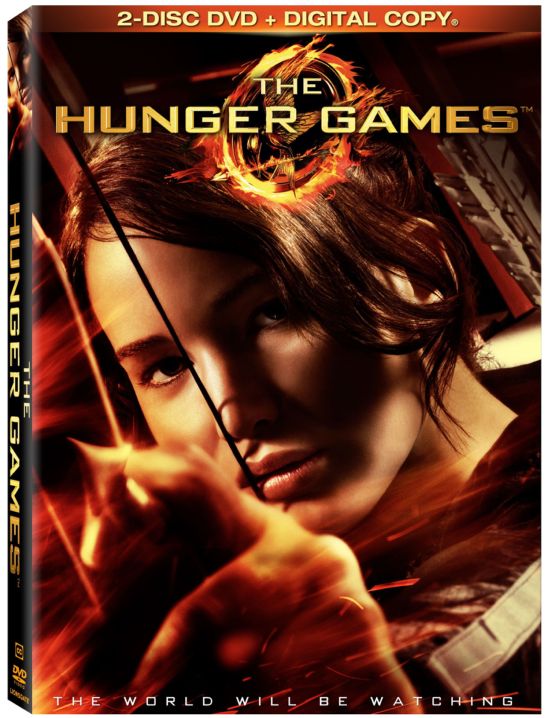 The record digital performance was driven by #1 openings on all major digital platforms, including iTunes, Xbox, Amazon, Vudu, Comcast Xfinity, Verizon FiOS, Google Play and Sony Entertainment Network, among others.  Higher-margin Blu-Ray titles surged to 50% of all packaged media sales of Catching Fire in its opening weekend compared to 35% of packaged media sales of the first Hunger Games film.

“This is a monster opening and a tremendous result for the second film in a franchise, underscoring the enormous momentum of The Hunger Games films,” said Ron Schwartz, Lionsgate President and General Manager of Home Entertainment Sales & Distribution.  “Opening weekend packaged media sales of Catching Fire were comparable to the firstHunger Games title released nearly two years ago while digital sales grew by nearly 40%.  With strong increases in digital revenue and Blu-Ray accounting for 50% of packaged media sales, the opening weekend performance is driving significant margin growth and is a testament to the strength of the franchise.”

“We opened Catching Fire on nearly 20 digital platforms, including six that have launched since the home entertainment debut of the first Hunger Games film in 2012, and it was number one on almost all of them,” said Lionsgate President of Worldwide Television & Digital Distribution Jim Packer.  “The broad demographic appeal of The Hunger Games franchise uniquely positions it for this surge in digital ownership.”

The Hunger Games: Catching Fire begins as Katniss Everdeen (Jennifer Lawrence) has returned home safe after winning the 74th Annual Hunger Games along with fellow tribute Peeta Mellark (Josh Hutcherson). Winning means that they must turn around and leave their family and close friends, embarking on a “Victor’s Tour” of the districts. Along the way Katniss senses that a rebellion is simmering, but the Capitol is still very much in control as President Snow prepares the 75th Annual Hunger Games (The Quarter Quell) – a competition that could change Panem forever. The Hunger Games: Catching Fire is directed by Francis Lawrence and produced by Nina Jacobson’s Color Force in tandem with producer Jon Kilik. The novel on which the film is based is the second in a trilogy written by Suzanne Collins that has generated over 65 million copies in print in the U.S. alone.

Lionsgate is a leading global entertainment company with a strong and diversified presence in motion picture production and distribution, television programming and syndication, home entertainment, family entertainment, digital distribution, new channel platforms and international distribution and sales. Lionsgate currently has 34 television shows on 22 networks spanning its primetime production, distribution and syndication businesses, including such critically-acclaimed hits as the multiple Emmy Award-winning Mad Men and Nurse Jackie, the comedy Anger Management, the network series Nashville, the syndication success The Wendy Williams Show and the critically-acclaimed series Orange is the New Black.

Its feature film business has been fueled by such recent successes as the blockbuster first two installments of The Hunger Games franchise, The Hunger Games and The Hunger Games: Catching Fire, A Madea Christmas, Now You See Me, Kevin Hart: Let Me Explain, Warm Bodies, The Expendables 2, The Possession, Sinister, Roadside Attractions’ Mud and Pantelion Films’ breakout hit Instructions Not Included, the highest-grossing Spanish-language film ever released in the U.S.

Lionsgate’s home entertainment business is an industry leader in box office-to-DVD and box office-to-VOD revenue conversion rate. Lionsgate handles a prestigious and prolific library of approximately 15,000 motion picture and television titles that is an important source of recurring revenue and serves as the foundation for the growth of the Company’s core businesses. The Lionsgate and Summit brands remain synonymous with original, daring, quality entertainment in markets around the world.