I am not running for office or anything like that, but I have been thinking about what goes on in politician’s minds when running for office and then once they are there, particularly the Congress, Senate and President of the United States.

First off, I would definitely not even give it a thought if something from my past might be considered scandalous. How naive are some people who do these scandalous things and expect to not get caught. 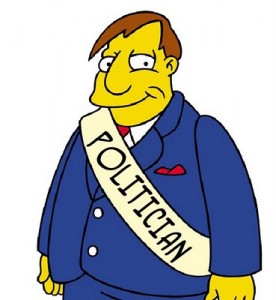 Second, I would confess my sins to the world. Yes, I did smoke pot – two times and it was due to peer pressure. It did nothing for me so it is not something that I enjoyed or wanted to do again. Yes, I had premarital sex. I wish I would not have because doing it once led to doing it again and led to dating a few people I wouldn’t have had I not done it. Plus it is hard to say you are saving yourself for marriage once the deed has been done.

I had been married previously at the age of 20 and divorced by 21. He left me for someone else.

I was not a very good student and just got by in college.

There are some people who do not like me for whatever reason so there is no telling what dirt they might bring up or make up.

In my past, I was not a very good steward of money.

Now getting that out of the way, if I actually won an office I would make suggestions regarding an audit of every agency and department. Find out what really works and what doesn’t and just do a good “spring cleaning”. We have budgets and if we don’t meet them then we have to make cuts – so should government. And by the way, cuts mean cuts w/out added spending. How does it make sense in any way shape or form that you cut something yet add cost and consider just the cost when presenting it to the country?

I would suggest that any raises or benefits given to Congress, Senate or President would have to go through the people. No one should be able to vote on giving themselves raises and benefits, how did that even get passed and why has no one talked about revamping that whole system. And on that thought, I think I would suggest that salaries and benefits be cut and stated that once that person has left office their pay and benefits stop as well. What other job do people have that after they leave the job they still get paid and keep the benefits. This is just craziness. And I am surprised – well not really – but sad that no one trying to cut the government’s budget has even thought of this. And this is not something that the Congress, Senate or President has a say in – it should be a vote by the people. Any laws passed should be obeyed and meant for everyone including the politicians. We are their bosses!

Say what you mean and mean what you say.

I am tired of class warfare, race baiting and divisiveness. We are supposed to be grown ups. When are those in charge going to start acting like it? We are all different, even if we are the same color or political party. But if you are a true American, you should love America and want her to be better. Seek to see her as our founding fathers saw her…a beacon of hope for those who want to be free. If you want to change her to look, more like Europe then move to Europe. God has blessed America because she and those who helped make her into this great nation looked to Him for Truth, hope and freedom.

God bless America and Lord help us become what Your hope for her is once again.