Obama: “If a white male teen was involved in the same kind of scenario, that, from top to bottom, both the outcome and the aftermath might have been different.” Maybe not…
“It took me less than 30 seconds to find the 2009 clip of the acquittal of a black man, charged with manslaughter, who gunned down a white teen he thought was about to attack him,” writes MRCTV/CNSNews.com Senior Video Producer Bob Parks:
“I don’t recall seeing angry white people calling on the Department of Justice to file civil rights charges against Roderick Scott, and I certainly don’t remember this receiving the soap opera-like coverage on major news networks. I suspect this didn’t rise to the fever pitch in the media because this tragedy didn’t fit their poor-blacks-are-always-victims narrative, and even black people would laugh at Chris Matthews if he tried to apologize for all of them.”
See video in full post. 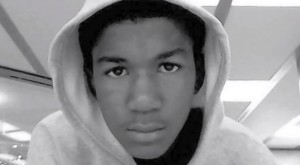