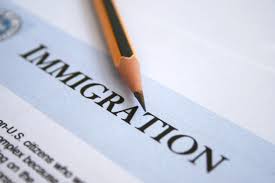 The union representing 12,000 Immigration Service officers and staff employed by the United States Citizenship and Immigration Services (USCIS) urged House Republicans today not to conference with the Senate immigration bill. In a letter to GOP leaders, Council President Kenneth Palinkas warned that the bill would create threats to both national security and law enforcement:

“The sponsors of the Senate legislation pushed aside the opportunity to work with ICE and USCIS professionals and therefore produced a 1,200-page bill that greatly weakens our national security and produces more illegal immigration.
“I would therefore urge all House lawmakers not to conference with the dangerous Senate bill that will produce a totally deficient comprehensive proposal, but instead to work with USCIS adjudicators to produce responsible reforms that enhance the integrity and security of our immigration system.
Palinkas also expressed concern the bill would give the Obama Administration another opportunity to bypass Congress and ignore any safeguards Republicans might secure in the bill:
“As you know, the Obama Administration has already bypassed Congress to implement a version of the proposal you are now considering. Of course, to do so, the Administration also had to simultaneously suspend laws previously passed by Congress.

“[H]ow you intend to prevent this administration from simply implementing your proposal in a fashion of its own choosing with no regard for Congress’ authority?