By Doctors Against Forced Organ Harvesting, Special for USDR.

Facing international pressure about the unethical harvesting of organs from convicted prisoners, China’s top health care official apparently can’t make up his mind about the status of the brutal and inhumane practice. In a May 17 news conference called to trumpet an end of the policy, Dr. Huang Jiefu promised that organ harvesting from executed criminals would be “phased out” within two years—and then defended the practice three days later in an interview with the Australian ABC News agency, leaving it uncertain if China will phase out the practice. 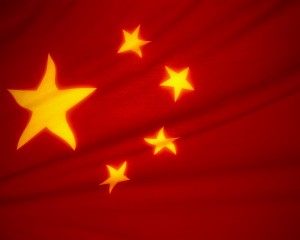 Three days later in an interview with Australian ABC News on May 20, Huang took a completely different approach. Instead of condemning the practice as he did on May 17, he defended the more than two-decades-old practice. He suggested that the use of the prisoners’ organs provides an opportunity for redemption, saying: “Before he dies, he forms a conscience. He needs to do something to repay society. So why you object?”

Ethical organ donation is based on altruistic choice and voluntary, informed consent. In 2006, The Transplantation Societystated:

“Because of the restrictions in liberty in a prison environment, it is unlikely that prisoners are truly free to make independent decisions and thus an autonomous informed consent for donation cannot be obtained. … Thus, The Transplantation Society is opposed to the recovery of organs and tissues from executed prisoners and from any other individual where an autonomous consent for the procurement is lacking.”

Huang disclosed in his May 20 interview that he has “taken” organs from executed prisoners for his own surgical transplant practice. According to Huang’s statement from May 17, many of the liver transplants that he performed would be considered “unethical and a violation of human rights.”

The recent statements of Huang come on the heels of an investigation at the prestigious University of Sydney (Australia)concerning Huang’s known conduct in transplant medicine. A coalition of academics, doctors, and lawyers lead by professorMaria Fiatarone Singh , faculty of health sciences and faculty of medicine, are requesting that the university revoke the honorary professor titles given to Huang in 2008 and 2011.

Huang’s transplant practice conflicts with the university’s code of conduct. It is incomprehensible why the university’s leadership continues to defend Huang’s honorary professor title even after he openly admitted to having violated ethical standards. As former vice minister of health, Huang has overseen China’s organ harvesting system for over a decade and is responsible for the unethical organ harvesting practice.

ABC has described Huang as saying the world needs to be understanding and give China a chance. The distorted call for “a chance” is like a slap in the face of the tens of thousands of innocent lives who did not have a slightest chance and were killed for their organs.

Without admitting that the ongoing practice of harvesting organs from prisoners and unlawfully detained prisoners of conscience is unethical and wrong, we are concerned that the current practice will continue. Without transparency and traceability, as demanded by the WHO, we are concerned that convicted prisoners and prisoners of conscience, mostly detained Falun Gong practitioners, will continue to be subject to forced organ harvesting in China.