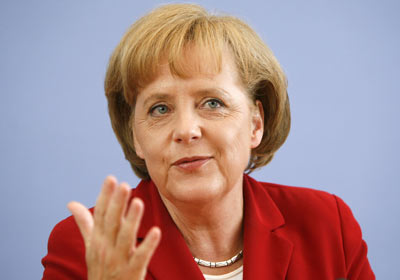 The latest issue of PS: Political Science and Politics predicts Angela Merkel’s fate in the upcoming fall elections in Germany.

In the issue’s Spotlight section, the journal publishes the findings of two research teams who have used different models to come to the same conclusion – Merkel will retain the Chancellorship, although her future partners in the long-standing German tradition of coalition government are less easy to predict.

In the Political Economy Model, rarely before used to analyse German elections, Bruno Jérôme, Véronique Jérôme-Speziari, and Michael Lewis-Beck predict that Merkel can be assured of remaining Chancellor with her current governing coalition obtaining 47% share of the vote, although she will fall short of securing an absolute majority. The trio writes that Merkel will then be faced with some difficult choices about governing partners:

“Our model shows that a further deterioration in the unemployment rate could require Angela Merkel to rebuild a grand coalition with the Social Democratic Party. The direct effect would likely be a weakening of the camp favouring budgetary discipline inside the EU.”

In contrast, Helmut Norpoth and Thomas Gschwend use the Chancellor Model to predict that the governing coalition will secure 51.7% of the vote and a majority of seats. The key predictor in this model is public support for the Chancellor. Norpoth and Gschwend examined past election returns and found that levels of support for an incumbent before elections were a reliable indicator of their showing at the polls. In this case they claim: “We can say with better than 99% certainty that Merkel will win the 2013 Bundestag election”.