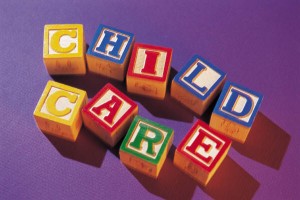 At a press conference this past week, a group of home-based childcare providers announced the filing of a lawsuit to block a vote to unionize their business. They contend that the vote ordered by the governor is unfair and unlawful. They also expressed doubts about the governor’s assurances that union membership would be voluntary.

Childcare provider Becky Swanson spoke for the plaintiffs. “Despite the talking points from the governor and union organizers, unionization will affect all childcare providers, but only a select group of providers is being allowed to vote. Since Minnesota is a ‘fair share’ state, non-members can still be required to pay a portion of union dues, which has been the case in several other states that unionized childcare,” she explained.

Two major labor unions, SEIU and AFSCME have been pushing to unionize home-based childcare providers in Minnesota for several years and many providers have cried foul about their tactics.

Swanson said SEIU and AFSCME organizers operating under the names, “Kids First,” and “Child Care Providers Together” obfuscated the purpose of union authorization cards presented to childcare providers. “If unionization would really be such an advantage for us small business owners, then why did union organizers approach providers during the day, when we were busy caring for children, and try to trick us, telling us the cards were just requests for more information?”

Tom Revnew, one of the attorneys representing the childcare providers, said besides being fundamentally unfair, he believes the governor’s order is unlawful. “We believe the governor has no authority to order this vote and the Bureau of Mediation Services has no legal authority to design and conduct it,” he said.

“Governor Dayton says the vote he ordered is ‘the American way’ and that a vote is the fair way to resolve a dispute between those providers who want a union and those of us who do not. Besides the obvious fact that we don’t just vote on every idea that anyone has, rule by a minority is the exact opposite of the American way. If this unionization vote prevails, it will be because a minority of providers voted for it.  In Michigan, just 6% of providers voted to unionize, but that vote forced the union on all providers in the state. That’s not democracy. That’s not American,” said Swanson.