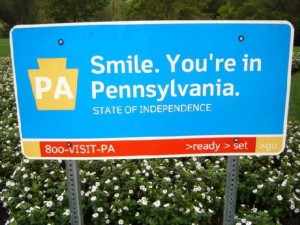 The Commonwealth Foundation released last week an alarming new report on Pennsylvania public welfare that finds widespread abuse of tax dollars, with spending growing faster than the economy and exceeding education appropriations for the first time in state history.

Policy analysts from the free-market think tank examined numerous documented cases of fraud, waste and abuse including service providers billing the Pennsylvania Department of Public Welfare for luxuries such as a chandelier, landscaping, a six-person hot tub and a bowling alley.

“Government welfare was once a helping hand to those in need, but has instead become a tangled bureaucracy of often abused programs that fall far short of the good intentions behind them,” said Matthew J. Brouillette, president and CEO.  “While some say reforms unfairly hurt the poor, the reality is Pennsylvania is quickly reaching a point where the tax base cannot support the benefits lawmakers are promising.”

Analysts also found DPW represents the largest department in the state’s General Fund, encompassing nearly 40 percent of the budget.  Despite dramatic increases in welfare spending, they conclude measures have failed to free Pennsylvanians from a poverty rate that has been climbing since 2000.

“The welfare system in Pennsylvania is expensive, ineffective, and largely unaccountable,” said Brouillette.  “It should be no surprise then that ever-increasing welfare spending is simply failing to bring independence to citizens.”

According to U.S. Census data, Pennsylvania is among the top-10 states in budget percentage spent on public welfare, surpassing neighboring states such as Maryland, New Jersey, and West Virginia.  Moreover, the number of Pennsylvanians receiving food stamps benefits is at an all-time high while increases in welfare spending outpace personal income and state tax revenue growth.

“The majority of welfare programs and their funding originate with the federal government, leaving states with little room for innovation and flexibility in their administration,” said Brouillette.  The current federal funding system actually encourages states to spend more in order to draw down additional federal funds.

Among the foundation’s recommendations are calls for state legislators to aggressively pursue waivers as other states have successfully done in order to overcome federal mandates and save taxpayers’ money.  They also recommend DPW rapidly cuts waste and abuse by reducing error rates and enforcing eligibility standards. Additionally, legislators should utilize performance-based budgeting to expand programs that work and end programs that don’t.

“If no action is taken, welfare spending will continue to crowd out other departments like education and transportation, depriving the truly needy from proper care and leading to future tax increases,” said Brouillette.  “If that happens, lawmakers will be delivering decades of dependence instead of dignity.”