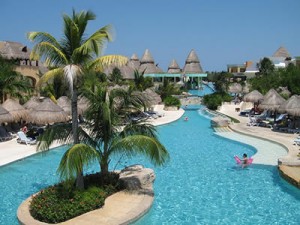 Most headlines regarding Mexico are about drug cartels and “wild West” violence.  However, an authoritative article by a leading business publication is painting a decidedly different picture.

According to figures published by the tourism ministry, 1,072,180 foreign tourists visited Mexico in December 2011, 13 percent more than during December 2010. These 1 million visitors marked the highest figure ever recorded for the month of December, and represented the fifth consecutive month of increased tourism over the same month in 2010.

The Financial Times noted the growing global diversity of tourists visiting Mexico: “More than half the December number was made up of visitors from the U.S. That represents an increase of about 11 percent over 2010, and 9 percent over 2008. But the figures also show that the ministry has been working hard to attract tourism from non-traditional countries, such as China andRussia, where the number of visitors in December increased about 50 percent year-on-year in each case,” according to the ministry.

The article does not say if there was something unique about December of 2011 or if it is in comparison of a very weak 2010, but it does show an increase.  Anyone entertaining a holiday in Mexico might want to do that homework.