In the near term, respondents remain cautious, conservative and in favour of keeping their investment money close to home, a Franklin Templeton global poll has found. When asked about their long-term perspectives, that sentiment starts to change. 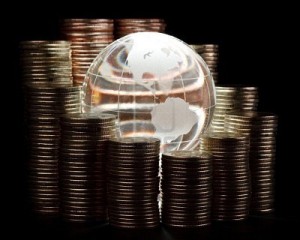 In its annual global survey, Franklin Templeton found that 44 per cent of investors surveyed from around the world expect a five per cent or greater rate of return on their investments in 2012.  When considering stocks specifically, 40 per cent expect returns of five per cent or greater this year; and optimism increases when respondents consider a 10-year time horizon, with 50 per cent anticipating that same level of positive annualized return.

Conducted earlier this year, the Franklin Templeton Global Investor Sentiment Survey polled more than 20,000 individuals in 19 countries that represent 70 per cent of the world’s GDP.1 The survey provides a unique snapshot of global sentiment and attitudes at a critical juncture in the market cycle.

Uncertainty about the global economy has continued to heavily influence respondents’ attitudes toward investing. Slightly more than half of those surveyed (51 per cent) believe the global economy has deteriorated; and 45 per cent report that they have become “somewhat to more” risk averse over the last three years. Reflecting that conservative outlook, only a minority (one in five) of respondents would seek to make their portfolios more aggressive this year.

“Global uncertainty continues to weigh on investors’ minds, and reinforces the need for a well-diversified investing plan and approach to risk management,” said Greg Johnson, president and chief executive officer of Franklin Templeton Investments in San Mateo, Calif. “This is clearly an area where we believe financial advisors can play a critical role, through the value of their expertise and advice for investors.”

Canada Versus the World

“From views on the economy to market outlook, the survey indicates that Canada mirrors the rest of the world,” said Don Reed, president and chief executive officer of Franklin Templeton Investments Corp.’s Canadian based operations in Toronto. “Canada is a nation of immigrants and our investors are a reflection of global attitudes.”

“Our research shows that the Canadian appetite for investment risk is improving since the stock market collapse in 2009,” said Mr. Reed. “Opportunistic investors are best positioned to take advantage of the market’s ups and downs.”

Although those surveyed remain hesitant when it comes to investing in global markets, most have dipped their toes in the water. The majority (72 per cent) of global respondents have a limited portion (less than 20 per cent) of their portfolios invested beyond their home countries; whereas, a minority of investors (28 per cent) currently hold 21 per cent or more of their investment portfolio outside their home country. This percentage increases to 44 per cent with those who foresee a fifth or more of their investments to be outside their home country when the time horizon is extended to look out over the next 10 years, indicating a clear trend toward embracing global investing among long-term investors.

“While many investors may have a home country bias for the near-term, the survey findings show that respondents have a longer-term interest in broadening their investment universe across more countries,” said Mr. Johnson.

Regionally, the participants in the Asia Pacific are the most bullish when it comes to emerging market equities, with 67 per cent expecting annual returns of five per cent or more over the next five years. Whereas, respondents in Europe are slightly less bullish with 56 per cent expecting a similar rate of return.

Globally, participants also see the potential of developed market equities, with just less than half (49 per cent) anticipating an annual return of five per cent or more; compared to those in the Americas, where 57 per cent were most likely to anticipate returns at those levels.