By the Friedman Foundation for Educational Choice.

Nearly 60 percent of Tennessee voters support school vouchers, or opportunity scholarships, according to a survey released today by the Beacon Center of Tennessee and Friedman Foundation for Educational Choice. This comes as a task force appointed by Gov. Bill Haslam meets next week to analyze how such an initiative fits into Tennessee’s overall education agenda.

The Beacon/Friedman poll found voucher support was highest among parents, urban voters, Republicans, young and middle-age voters, and African Americans. Overall, just 31 percent oppose the idea, while 59 percent support it. When asked what led them to choose their responses to vouchers, voters’ most frequent answers were “choice,” “flexibility,” or “freedom.” Voucher support was nearly identical to that for charter schools, which received a 61 percent approval rating. 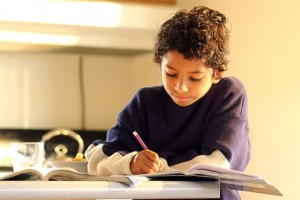 Vouchers allow parents to use a percentage of the funds apportioned for their children’s public education on private school tuition. Vouchers gained fame in 1990 when Milwaukee, Wisconsin adopted a voucher program for low-income students, an idea that has spread to other states.

“Tennesseans’ support for school choice is part of a nationwide movement for educational freedom,” said Robert Enlow, president and CEO of the Indiana-based Friedman Foundation and former Chattanooga resident. “In Louisiana and Indiana, voters wanted school choice and they got it in a big way. I hope Tennessee families are afforded these same life-changing opportunities.”

In 2011, a voucher plan, the Equal Opportunity Scholarship Act, passed Tennessee’s Senate but failed to clear a House subcommittee. This year, Gov. Haslam’s task force is seeking to answer questions sparked by the bill, with legislative action expected in 2013.

“Frankly, I’m not surprised Tennessee voters want school choice,” Justin Owen, president of the Beacon Center, said. “But I am disappointed it has taken our state this long to even consider empowering parents to get more involved with their kids’ educations and choose the schools that work best for them.”

Braun Research, Inc. conducted the Beacon/Friedman poll February 11-21, 2012, by landline and cellphone. The statewide sample size included 606 registered voters with a margin of error of ± 4.0 points. The survey is available at http://www.EdChoice.org/TNpoll.