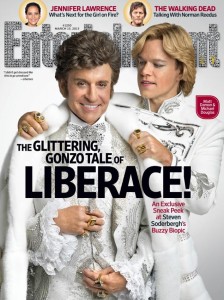 After watching the film’s debut, Bunny Ranch owner and star of HBO’s “Cathouse” series, Dennis Hof was shocked to find that Thorson had been incarcerated in the Reno jail since February, unable to post $125,000 bail.  Hof put up the bail for Thorson, arranged for top defense attorney David Houston to represent him, and is even currently housing Thorson at his private residence, adjacent to The Bunny Ranch just outside Reno.  While residing there, Thorson will be working as Hof’s personal assistant while getting treatment for colon cancer and undergoing rehabilitation for drug addiction.

Scott Thorson and Dennis Hof are in New York City June 10-13, and are available for in person interviews.  Scott will be willing to discuss:

*His romantic relationship with Liberace from the mid 70s to the mid 80s.  He was Liberace’s constant live in companion, and he performed on stage with him throughout that time.  Scott stayed in contact with Liberace until his death from AIDS in 1987.

*His testimony against Eddie Nash in the “Wonderland Murders” trial. The murders took place in 1981, and Thorson witnessed the interrogation and beating of co defendant John Holmes.  His testimony took place in Nash’s 1988 trial, and as a result was in the witness protection program for over a decade.  While in the program, he was shot five times in an assassination attempt.

*His friendship with Michael Jackson from approximately 1978 to 1983.  He accompanied Jackson on the road during his “Thriller” tour, and was with him when he recorded with Paul McCartney.  He has passed two lie detector tests administered by an expert hired by The National Inquirer concerning this subject matter.

*Frequent parties and close relations with everyone from country music legends to Las Vegas magicians.