Indiana has been the one place in the Midwest to enjoy job growth as the rest of the region continued to sputter along.  Now Indiana is finding itself a new leader in a particular area of job growth.

Indiana has moved up the life sciences ladder and is now at the top of the leading national list.   According to a Battelle/Biotechnology Industry Organization (BIO) Report “State Bioscience Industry Development 2012” released today at the BIO International Conference in Boston, Indiana is one of only two states (along with Puerto Rico) that have specialized bioscience employment in four of the five subsectors – Agricultural Feedstock & Chemicals, Drugs & Pharmaceuticals, Medical Devices & Equipment, Research, Testing & Medical Laboratories, and a new subsector, Bioscience Distribution (which includes agricultural seeds, biomedical equipment and supplies, and drugs and pharmaceuticals).  New Jersey is the only other state to share this distinction.  No state is specialized in all five areas. 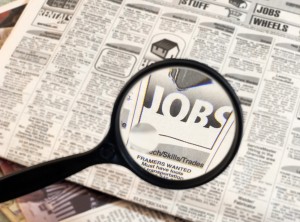 The four subsectors that have an employment concentration of 20 percent or more of total U.S. employment are: Agricultural Feedstock & Chemicals, Drugs & Pharmaceuticals, Medical Devices & Equipment, and Bioscience Distribution.

“The BIO/Battelle Report makes our story very clear: Indiana’s life sciences industry is now a national leader in almost every way that counts,”  said David Johnson, president and CEO of BioCrossroads, an organization focused on investment, development and advancement of the state’s signature life sciences strengths.  Johnson continued, “Our industry here is both diverse and deep, and we’re now fully positioned to do even more.  In fact, and especially at this time of challenge and change, it is critical that we continue to build from strength and pursue opportunities to encourage growth, innovation, and support.”

As a whole, the number of bioscience jobs in Indiana has grown since 2001, increasing by 14%, and outpacing the national average of 6.4%.  With the addition of the new Bioscience Distribution subsector, the report finds that there are now  nearly 60,000 people working in one of Indiana’s five bioscience subsectors tracked by BIO and Battelle, with Indiana one of the top ten states in the U.S. for bioscience employment as well as bioscience industry establishments.  In addition, Indiana is one of seven states delivering life science job gains of 5,000 or more between 2001-2010.

“This report really drives home the huge economic impact of this sector on Indiana’s economy.  It reinforces the need to support our life science firms with programs and services targeted directly to the unique needs of this industry,” said Kristin Jones, president and CEO of the Indiana Health Industry Forum (IHIF). “This again shows that the investments made over a decade ago are paying off.”    IHIF is Indiana’s BIO affiliate and is exhibiting at the show along with several other Indiana organizations.

Nationally, bioscience employment has grown at a greater rate than the rest of the private sector (2001-2010).  The gap between the two is larger now than in 2007 at the start of the recent national recession.  Employment reached 1.61 million in 2010, up from 1.42 million in 2008, and grew by 6.4 percent, while total private sector employment declined by 2.9 percent.