Overall, trustworthiness tops the list of important leadership characteristics for U.S. presidential candidates, according to the Next National CEO surveyconducted by global leadership solutions firm PDI Ninth House. However, a closer analysis of survey results shows large discrepancies among respondents with different political affiliations. (Also see the Infograph below).

Members of each political party chose a different trait as the most important:

“There is an enormous difference between the weight Democrats put on global positioning versus Republicans,” said Dave Heine, executive vice president in charge of PDI Ninth House’s board and c-suite offering. “That also holds true for Independents and Republicans compared to Democrats on the importance of exercising financial discipline. This tells us that voter turnout – and which candidate earns the Independents’ vote – will be critical to election results.”

A listing of each political party’s responses follows:

“The right competencies are critical for success throughout an organization, but most critically at the top,” said Paul Storfer, director, talent frameworks for PDI Ninth House. “This survey is designed to let respondents use traits and characteristics similar to those we use to evaluate top business leaders as they choose the next U.S. president.”

These are the latest results of the ongoing online survey. Nearly 500 people responded to the survey. The public is invited to visit its website where they are asked to indicate which seven success criteria out of 17 possibilities are most important for an effective U.S. president. 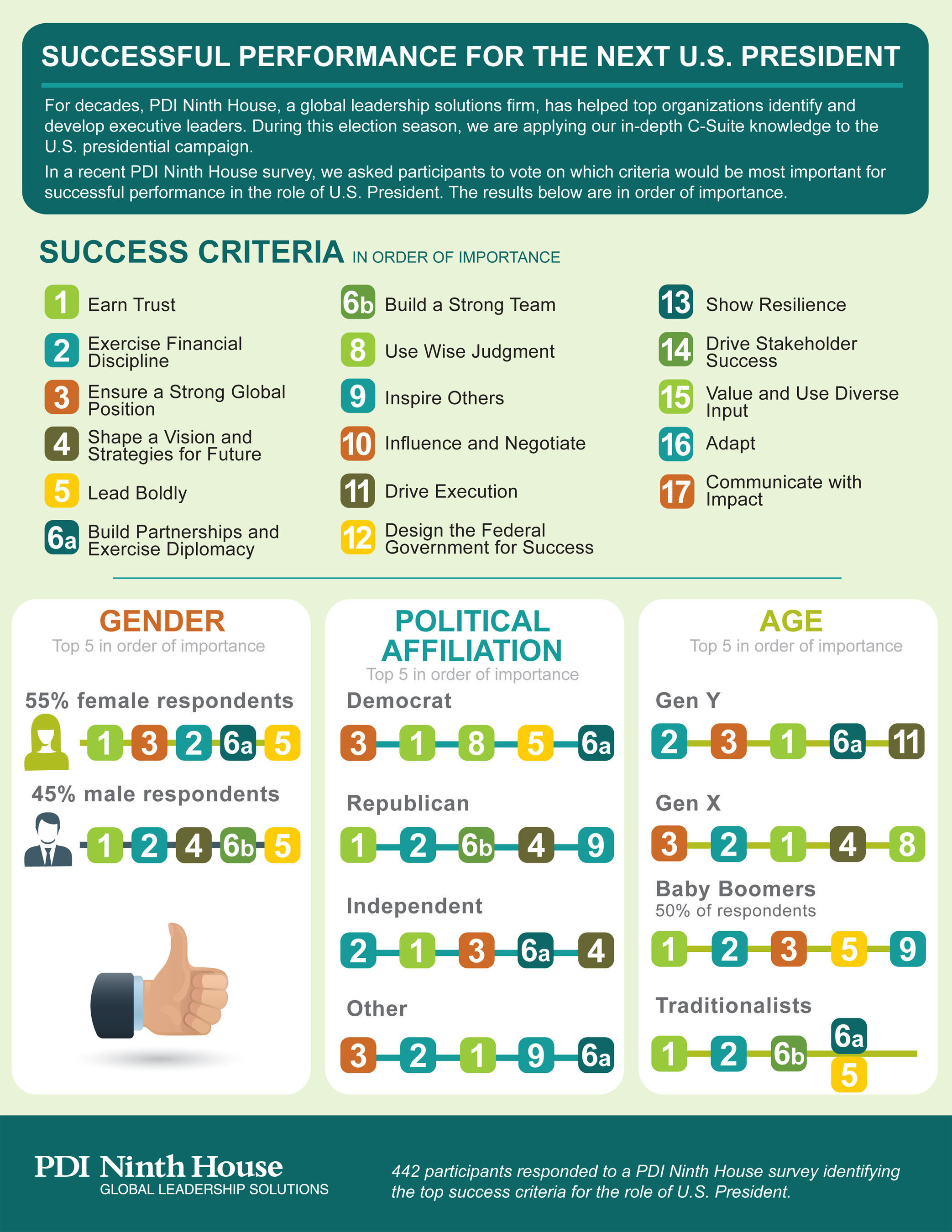