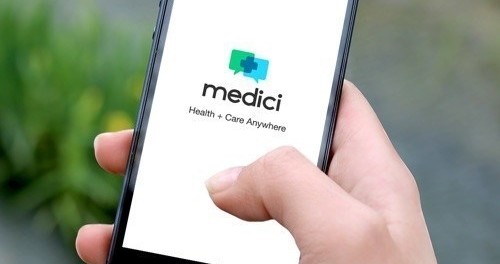 By Medici, Special for  USDR

Medici (www.medici.md), an Austin-based company with leadership from Johns Hopkins, Amazon, eBay, McKinsey, KPMG and others officially launches its health care service. Medici allows patients to securely text with their own doctor, vet, therapist and more through a HIPAA-compliant  app.

Offered first this week in Austin, Medici plans to extend the service to all of Texas this month and then release it nationally. Medici is safer and more compliant with the laws of states like Texas that have wrestled with services offering treatment with no established doctor-patient relationship, says Medici Founder and CEO Clinton Phillips. With Medici, patients consult with physicians they already have a relationship with in a more efficient  way.

“Doctors and patients are restless for a better model for health care,” says Phillips. “To have a conversation with a doctor, patients have to schedule, drive, park, fill out paperwork, sit in a waiting room and speak to a nurse. It’s time consuming,” he  says.

Using Medici, patients are now able to securely connect with their own family doctors, specialists, veterinarians and therapists. They can share via text, photo and video any concerns or questions they have directly with their doctor, receive medical consultations and e-prescriptions, and see their entire consultation history in one  place.

For doctors, the Medici app provides an opportunity to streamline texts, emails and calls they get from patients into a secure, compliant platform that gets them paid. They can respond in their available time and can keep their mobile number private. Shawn Tassone MD, PhD, a physician and professor at The University of Texas at Austin describes Medici as “pure  genius.”

The Patient and Doctor apps are available for free through the Apple App Store, Google Play and the Medici  website.

About  Medici
Medici is the future of the doctor-patient relationship, enabling people to text with all their doctors from a single, HIPAA-compliant app. Medici’s leadership comprises senior executives from Johns Hopkins, Amazon, eBay, McKinsey and KPMG to name a few. It is headquartered in Austin with offices in Houston, Palo Alto and  Paris.