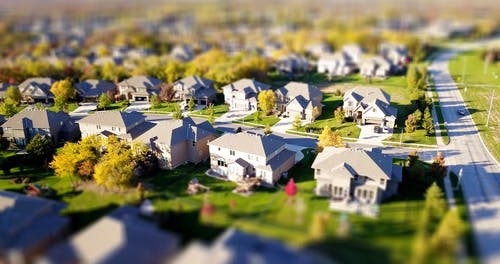 According to a recent article by Donal Buckley in the Irish Independent, while the number of new development sites in Ireland appears to be up, this has yet to be reflected in actual sales of land.

It appears that rising land values have begun to steady. Current land values hover around the same levels as seen during the last quarter of 2018, suggesting that any price increases are likely to be in line with inflation levels.

In 2018, CBRE reported €1.5 billion worth of development land was sold or transferred, almost double the amount from 2017. Donal Kellegher of Cushman & Wakefield attributed the jump in 2018 activity to Nama selling the largest remaining land banks and commercial properties in its holdings.

Commercial agents assert that demand remains strong for real estate from property developers for the best sites, especially in urban areas. The market continues to be driven by consistent consumer demand for residential, build-to-rent and commercial buildings. Having said that, John Swarbrigg of Savills concludes that agents are not anticipating a ‘huge amount of land coming to the market.’

Potential increases in the cost of building materials, something that the private equity firm Lotus Investment Group which provides financing for property and side development across the country has been monitoring with concern over the past 18 months, have slowed the inflation in land values. The possibility of a hard Brexit could also affect material costs.

If this were to happen it would require the re-certification of British goods with UK-only certifications to conform to EU regulations. It remains a question of whether suppliers or consumers will pay for the re-certification process. If the suppliers agree to assume the costs, as it appears to be expected, it is short-sighted not to think these losses will be recovered in some way.

According to an anonymous source quoted within the Independent article, “the combination of the Central Bank limits on mortgages and their dampening of house price inflation is having a knock-on effect in calming inflation of land values.” The source believes that the vacant site levy could have an impact on the market by encouraging more non-developer landowners to sell. The vacant site levy is intended to motivate owners of vacant or underused properties to sell or develop land for residential or commercial use or face fines from local governments for failing to do so.

Even with the predictions of steadying land values, the CBRE has reported ‘brisk activity’ during the beginning of the first quarter of 2019 with a significant amount of trading happening off the market, including residual sales from transactions initiated in 2018.

David Grin, chairman of Lotus Investment Group, offered his perspective, “the feeling across the industry appears to be that development land values in the Greater Dublin Area and rural cities have peaked, and further increases are expected to be in line with inflation.”

One source of potential sales could come from private equity companies, like Lotus, who bought loans and those investors who added value to properties through the granting of planning permissions.

In his piece, Buckley references several properties that have recently been sold or have entered the market designated for development in 2019.

To date, the largest real estate transaction in 2019 was the sale of the 3.81-acre Sandyford Central property for about €38 million, amounting to €10 million per acre, to Avestus Capital Partners and Ares Management. The developers have obtained planning permissions for 459 apartments.

Two Co Kildare sites were recently sold by Ardstone Homes to Glenveagh Properties for over €50 million with a combined total of 793 homes included in the planning permissions for the two locations. Ardstone has been active in the property market and is expected to contribute 1000 houses to the market this year with its current projects in Naas, Co Kildare, Co Dublin, Co Wicklow, and Rathfarnham.

There are prime locations currently on the market that are the subject of bidding battles between developers including a 3.57-acre redevelopment property at DIT’s Kevin Street campus located near the active intersection of Wexford Street and Dublin 8 which is being considered for potential mixed uses: office, retail, residential, hotel, and student accommodations. It’s strategic location and potential value has piqued the interest of several stakeholders in the industry who continue to follow negotiations for its acquisition.

Launches of development properties for sale have dominated the conversation within the industry. Current high-value sites for sale include a 29.4-acre property in the south Dublin suburbs under the guidance of CBRE for €35 million with the potential for 400 residential units plus commercial space and a 9.63-acre site in Cabra, Dublin 7 with planning permission for 419 apartments for €32 million guided by Savillis.

There appears to be continued interest in the development of commercial properties, especially those that contain pubs and parking facilities. A 0.55-acre property located at Fumbally Lane, Dublin 8 that has planning permission for a restaurant and 34 apartments is currently being guided by Knight Frank for €10 million. Additionally, a 2.7-acre Magic Carpet pub and site at Cornelscourt, Dublin 18 that could potentially include 70 apartments, 4 detached residences and commercial space ideal for a pub and retail units has come onto the market at €12 million guided by Lisney and Morrissey.