By Full Disclosure, Special for USDR.

In a fourteen minute online video Movie producer BJ Davis describes how the Internal Revenue Service cleaned out his personal and business bank accounts in Kremlin style tactics to retaliate for the Department of Homeland Security following the settlement of a whistleblower case.  The IRS, was apparently acting as an “enforcer” when they escalated the retaliation against his wife Julia Davis a former  U.S. Customs and Border Agent.  She reported to the FBI Joint Terrorism Task Force, the 4th of July illegal entry of 23 foreign nationals from terrorist countries, without screening, fingerprinting or interrogation.  Watch video here: http://www.fulldisclosure.net/2013/06/irs-retaliates-against-whistleblower-vb118/

In the video Julia points out that their case of DHS and IRS persecution is not isolated.  She cites other examples where the IRS has used the same abusive tactics against other DHS whistleblowers.  A more detailed account of the case is to be featured in a one hour interview with BJ and Julia Davis, coming soon online and on public cable channels. 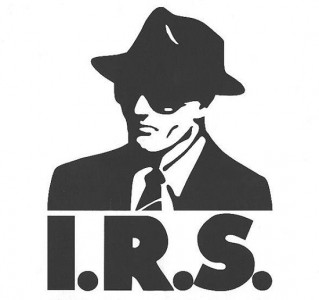 Julia Davis, also appears in this exclusive 5 min online video, part of special series to be released over the next week on Full Disclosure Network.  The series covers the back story of an on-going nightmare where the Department of Homeland Security (DHS) terrorized this U.S. Federal Agent and her family after she filed her report to the FBI the serious security glitch. Watch 5 min video here:  http://www.fulldisclosure.net/2013/05/is-deptl-of-homeland-security-a-terrorist-organization-vb116/

In this second video Julia describes the horror that took place following her report to the FBI, “my home was raided by a Black Hawk helicopter with 27 man swat team.”  Apparently DHS went into protective mode to keep her report to the FBI from becoming public.  She tells Full Disclosure® that she became the target of 54 investigations for having exposed what appeared to be a coordinated plot by government authorities to facilitate the illegal entry of people from terrorist countries for unknown reasons.