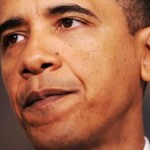 Whatever one might think of our current president, he is not boring nor is he anything less than fascinating for a plethora of reasons. From his enigmatic past which is constantly changing even in the context of his own writing, to his seeming penchant for diving headlong into political waters scattered with rocks; Barrack Obama is a mysterious figure, half black, half white, all Marxist and consistently inconsistent. After years of study, I have come to believe that his pit bull like tenacity in rehashing old racial stereotypes and permanent leaning on his half-blackness as an excuse for any criticism, reveals a psyche that is tortured and possibly clinical. Like so many self-loathing Jews that reject their homeland, their religion, their traditions and their conservative values in desperate hope of being seen as anything but a Jew; Barrack Obama appears to be at constant war within himself between his white half and black half. It is the smallest civil war in the history of Man but the casualties are numerous including the greatest nation on earth, and Black America.

In Barrack Obama’s writing he has always fallen back on race as the cause of all problems. It really is quite amazing, one might say sad, that a man would live his whole life obsessed with race and its impact on daily life. In an early letter to the Harvard Law Review, Obama championed the affirmative action of the board using his own ‘benefit’ as an example. What is amazing is that he did so as an answer to another minority who was afraid that affirmative action would diminish his personal achievements. Think about that, here is a man saying that while he understands that affirmative action skews perception and demeans, he nevertheless is for it, otherwise a guy like him could never make it. He is unknowingly admitting that he doesn’t deserve what he has. Why? Because he is black. And he insists that we continue the policy. Why? Because other Blacks can’t make it either. It is a stunning revelation. (Let’s be clear, while Obama tries to make the case that racism will stop Black progress, the issue was whether to make it merit based or based on race. They could have opted to take race out altogether, make the submissions anonymous to the board and decide solely on merit. They chose not to do so precisely because they believed that merit was not enough to get Blacks on the board.)

In one of Obama’s novelettes he relays a conversation with friends over his reading, “The Heart of Darkness”. Obama’s response to the criticism that he shouldn’t read the book because it is racist is revealing:

…because the book teaches me things,” I said. “About white people, I mean. See, the book’s not really about Africa. Or black people. It’s about the man who wrote it. The European. The American. A particular way of looking at the world. If you can keep your distance, it’s all there, in what’s said and what’s left unsaid. So I read the book to help me understand just what it is that makes white people so afraid. Their demons. The way ideas get twisted around. It helps me understand how people learn to hate.”Dreams From My Father – Barrack Hussein Obama

As you read similar quotes throughout his two books you begin to see. Obama views all white people as the same. Even the ones he loves, they can’t help themselves; they are all racists. He similarly views all Blacks as the same, even great leaders as Martin Luther King just don’t see that they will never be equal and therefore extreme measures are needed, such as Socialism. This is why Obama rejects King’s call to judge men by the ‘content of their character’ for the more radical Black Nationalism which was on the rise in the 60’s and 70’s via the Black Panther Party and the Nation of Islam. Obama never fully embraced any group or movement. This has been a pattern for his whole life. It is part and parcel of his myopic internal struggle to find who he really is, a black man? a communist? an American? above it all? In all phases, he is never satisfied with himself; never able to forgive himself or his father for his ‘disability’. (In his struggles for minorities, Obama often includes the disabled with minorities in requiring affirmative action.)

A staff writer for the LA Times recognized Obama’s reluctant blackness in an article titled Obama: The ‘Magic Negro’ in which he compares Obama to a fantasy construct of white people to assuage their guilt over slavery. The writer sums up his disappointment that Barrack Obama doesn’t seem to be legitimately black and that his persona is that of constant mystery in this way:

“Like a comic-book superhero, Obama is there to help, out of the sheer goodness of a heart we need not know or understand. For as with all Magic Negroes, the less real he seems, the more desirable he becomes.”

The fact that so many Black Americans voted for Obama simply because he was black is disappointing as well as instructive as to just how deeply entrenched into the black community this self-loathing has become. They would regret it even if they will never admit it. Obama’s presidency has hurt Black America above all others.

Shortly after becoming president Obama did an utterly incomprehensible thing. While one may point to politics or cronyism, the sheer disregard for black children’s success was breathtaking. One of the most successful voucher programs ever instituted was the one in Washington D.C. where black youths from districts with horrible schools could enter their children for a chance to attend a private school. The success rate was 90+% among those who were lucky enough to participate. Barrack Hussein Obama ended the funding for this program within weeks of entering office. The program has been used as a political football ever since. Why on earth would anyone want to kill the dreams of so many black kids in D.C.? Much like the Jewish collaborators in the Nazi concentration camps, Barrack’s success was more important than that of any black children. His is a life of running away from his blackness and striving for ever higher goals to prove he is not one of ‘them’.

Many people believed that Obama was defending Black America when he came to aid of a Harvard professor who had been wrongly accused of breaking into his own house, despite evidence that the professor’s own bigotry played an important role in the event. However, Barrack was not defending a black man. He was defending a friend and a professor. The eliteness of his education is the crown achievement in his struggle to exorcise the demons of his past. I would argue his view of himself as an intellectual far exceeds his view of himself as President of the United States of America. This would account for his seeming boredom at times of having to actually DO something in his role as president of the greatest nation on earth. In fact the signature statement in his reaction to the controversy belies his true nature. He didn’t immediately accuse the officers of being racists or of acting ‘white’. He accused them of ‘acting stupidly’. Of course he went on to use the issue in a political way, as a Marxist it is all about division and class warfare with Obama. It is the one thing he has been religious about.

All of this intellectual musing may be interesting for water cooler banter but it is also important in understanding how someone can be so fervently for big government programs despite volumes of data which prove them futile. Whether it is the passive racism of liberal whites, or the opportunism of race baiters like Jesse Jackson or Al Sharpton, the fallacy is that Blacks cannot compete on an even playing field. That racism will always hold back the potential of black America. That only socialist confiscation and redistribution of wealth will allow success for minorities. The true racists are revealed in their own diatribes.

Barrack Hussein Obama is a self-loathing Black man, raised and educated by Marxists which only exacerbated his inner struggle. Class warfare is a natural indicator and perpetuator of low self-esteem. One pins the blame of their discontent on ‘The Man’ or the whites or the rich or whatever scapegoat they can find. The blame never lies within them personally. The self-loathing Black Man’s only fault is being Black. Wow, I’m so proud that Justice Clarence Thomas, Professor’s Thomas Sowell and Walter Williams, Representative Allen West, Entrepreneur Herman Cain, Lloyd Marcus and so many other prominent successful and happy Black Americans did not fall for this self-destructive fallacy of Black inadequacy. My prayer to God above is that my fellow Americans of all races will begin to see this fallacy for the true evil that it is…in Jesus’ name, Amen.