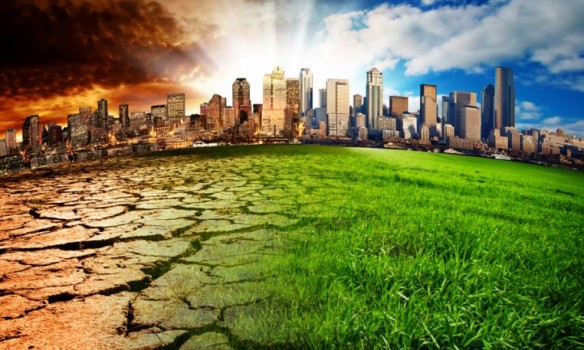 Climatism or global warming alarmism is the most prominent recent example of science being co opted to serve a political agenda, writes Richard Lindzen of the Massachusetts Institute of Technology in the in the fall 2013 issue of the Journal of American Physicians and Surgeons. He compares it to past examples: Lysenkoism in the Soviet Union, and the eugenics movement.

Lindzen describes the Iron Triangle and the Iron Rice Bowl, in which ambiguous statements by scientists are translated into alarmist statements by media and advocacy groups, influencing politicians to feed more money to the acquiescent scientists.

In consequence, he writes, “A profound dumbing down of the discussion…interacts with the ascendancy of incompetents.” Prizes and accolades are awarded for politically correct statements, even if they defy logic. “Unfortunately, this also often induces better scientists to join the pack in order to preserve their status,” Lindzen adds.

Lindzen discusses key aspects of the global warming models, including their dependence on the “globally averaged mean temperature anomaly”—that is the average of the differences between the average temperature for the year at each weather station and the 1961-1990 average for that station. This metric is used to create an influential graph that resembles the daily chart of stock indices, but is of dubious significance. The change in the anomaly is tiny against the perspective of the temperature variations we experience daily, Lindzen demonstrates.

In normal science, models are judged by how well they agree with nature, Lindzen explains. In the climate “debate,” however, the models are given a claim to validity independent of agreement with real observations.
The highly oversimplified terms of the discussion in the policy arena “largely exclude the most interesting examples of historical climate change. The heavy intellectual price of the politicization of science is rarely addressed,” writes Lindzen.

Lindzen writes: “Global climate alarmism has been costly to society, and it has the potential to be vastly more costly. It has also been damaging to science, as scientists adjust both data and even theory to accommodate politically correct positions. How can one escape from the Iron Triangle when it produces flawed science that is immensely influential and is forcing catastrophic public policy?”

Escape from climate alarmism will be more difficult than from Lysenkoism, in Lindzen’s view, because Global Warming has become a religion. It has a global constituency and has co opted almost all institutional science. Nevertheless, he believes “the cracks in the scientific claims for catastrophic warming are…becoming much harder for the supporters to defend.”