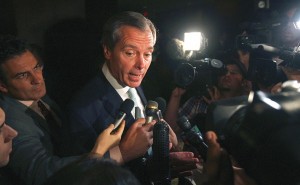 Lt. Governor David Dewhurst has released a compelling TV commercial in his race for US Senate about former Texas Solicitor General, Ted Cruz.  The commercial claims that Ted Cruz represented a Chinese tire company against a US manufacturer, who, “as a result of Cruz” had to layoff American workers.  The truth behind the ads are shocking, the techniques deployed by Dewhurst, disturbing, and when you listen to this interview between Host Kevin Price and Ted Cruz, you will begin to wonder what you can believe about Dewhurst and his campaign.

Listen to the interview in its entirety.