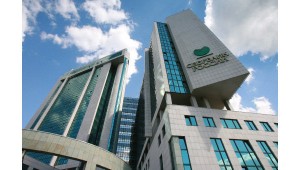 The letter to the bank’s management from the human rights organization said:  “Deutsche Bank might not be aware that Belarusian Potash Company is controlled by President Alexander Lukashenko, who appoints its general director, and that it is one of the main sources of revenue for the State of Belarus. Also, Belarusian Potash Company controlled by Belneftekhim. US Government designated Belneftekhim, aka the Belarusian State Concert for Oil and Chemistry, as an SDN of Belarus. We ask you to review this information and consider freeze banking services to BPC.”

In their letter to Deutsche Bank, “Belarusians in Exile” said: “Funds earned by Belarusian Potash Company finance the regime that systematically uses repression and kidnapping. Enabling such a regime is not socially responsible and we do not believe it fits with the corporate culture of Deutsche Bank nor do we feel it is an activity that would be supported by its shareholders.  We hope that Deutsche Bank will support our efforts to stop the flow of money to the Lukashenko regime by breaking off its banking relations with Belarusian Potash Company.

During the summer of 2013 we will be organizing events in various countries to increase public awareness about the situation in Belarus.  We will call attention to the sources of the Lukashenko regime’s finances and how Belarusian state owned companies operate in the US and Europe.  We will also call upon governments and the public to cut off the flow of money to the regime until political prisoners are released and rehabilitated and until the worst of the human rights abuses are stopped.”

The demonstrations near Deutsche Bank were held each week in July of 2013.