By Consumer Watchdog, Special for US Daily Review.

The Federal Trade Commission appears ready to fine Google millions of dollars for hacking around privacy settings on iPhones and iPads.  Consumer Watchdog filed a complaint in February with the FTC after Stanford Researcher Jonathan Mayer revealed what the Internet giant was doing.

Sara Forden of Bloomberg News today reported the Commission is negotiating with Google about how big the fine will be.  She cited an unidentified source as saying the fine could amount to more than $10 million. 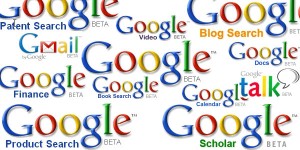 “Google hacked past a key privacy setting on iPhones and iPads and other devices using Apple’s Safari browser, placed tracking cookies on them and then lied, saying the settings were still effective,” said John M. Simpson, Consumer Watchdog’s Privacy Project director. “I am delighted the FTC appears ready to take strong action against an obvious violation of Google’s promises to honor users’ privacy in its ‘Buzz’ Consent Decree with the Commission.”

Under the terms of the consent decree, the FTC can fine Google up to $16,000 per violation per day.

A study released Feb. 17 by Jonathan Mayer of Stanford University’s Security Lab, and the Center for Internet and Society, found that Google has been circumventing a privacy setting in Apple’s Safari web browser.  Like most web browsers, Safari provides the option not to receive third-party “cookies.”  Cookies are small bits of code placed on the browser and can be used by ad networks to track you as you surf the web. Blocking third-party cookies is supposed to prevent such tracking.

Safari is the primary browser on the iPhone and iPad. It is also the default browser on Apple’s computers.