By CatholicVote.com, Special for USDR.

This week’s Labor Department report that 720,000 Americans have left the labor force is further proof of President Barack Obama’s total indifference to the sufferings of millions of Americans looking for work, said Brian Burch, President of CatholicVote.org.

Participation in the labor force is now at a 35-year low, according to the Labor Department.

The devastating jobs report comes on the heels of a report Wednesday by the Census Department that the nation’s poor had been underestimated by about 3 million. The report suggested that the true number of Americans living in poverty was actually 49.5 million. 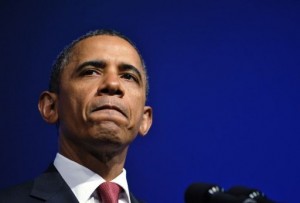 “The news that 720,000 people gave up looking for a job last month is a crushing indictment of President Obama’s indifference to the working-class and low-income Americans. Millions of American families are feeling the squeeze from Obama’s failed economic policies and have given up trying to find a job,” said Burch.

“After five years, it is clear that Obama has no credible economic plan and nothing to offer America’s most vulnerable other than more of the same. With nearly 50 million Americans in poverty, Barack Obama has become the Poverty President,” said Burch.

The swelling number of unemployed has not only resulted in protracted economic hardship for many American families, but it’s also brought immeasurable suffering to people who feel robbed of the dignity that comes from work, Burch said.

“Pope Francis recently said that honest work was essential to a person’s dignity,” said Burch. “That’s why unemployment should never be thought only as a number. We’re talking about real people, neighbors, friends and their families – struggling under today’s economic policies,” said Burch. “Every minute of inaction and gridlock from Washington only causes more pain.”

Visiting the Italian island of Sardinia in late September, Pope Francis spoke to 20,000 workers who had recently lost their jobs.  He said: “It’s easy for a priest to come and tell the poor to have courage,” said the Holy Father. But he assured those present he really meant it, and called for dignified work for all. “Where there is no work” said Pope Francis “there is no dignity.”

Said Burch: “For a record number of Americans, there is simply no work, and therefore no dignity.  For the sake of our fellow citizens, it’s time we face reality and demand real change.”