Special for US Daily Review with the National Center for Public Policy Research. 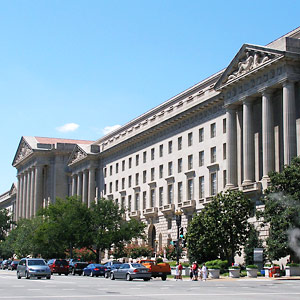 EPA is at the center of many regulations that are harming the economy and consumers.

Policy experts from the National Center for Public Policy Research are urging bipartisan support for the TRAIN Act, H.R. 2401, “Transparency in Regulatory Analysis of Impacts on the Nation Act of 2011.” The vote, scheduled for this week, will require the Environmental Protection Agency (EPA) to participate in an interagency committee that will conduct a comprehensive cost-benefit analysis of the cumulative effects of the agency’s rules.   There has been no area that has seen more governmental regulatory abuse than in the EPA.

The new committee will analyze the impact of the EPA rules on jobs, international economic competiveness, energy prices and the reliability of the nation’s electricity supply. In addition, the House will vote on an amendment by Rep. Ed Whitfield (R-KY) to delay implementation of two of the EPA’s most costly rules: the Cross State Air Pollution rule and the Utility MACT rule. Both of these bills will come with an enormous buden on job creating companies and taxpayers in order to enforce.

“Members of both political parties must step up and support the TRAIN Act in order to control the economic havoc created by unelected bureaucrats at the EPA. The series of rules the agency is hurling at the utility industry is forcing a significant number of power plants to close, which will add more citizens to the unemployment line and increase the price of electricity,” said Tom Borelli, Ph.D., director of the National Center’s Free Enterprise Project.

“Estimating the economic consequences of regulatory action is sound public policy and it will help Americans understand the real cost and benefits of the EPA’s decisions. Our elected representatives need to institute a process that will add transparency to the EPA’s actions,” added Tom Borelli.

Because of significant compliance costs to meet new EPA rules, utilities have decided to close many coal-fired power plants instead of upgrading facilities. Reuters reported that over 50 power plants will be shut down because of the EPA regulations. The total amount of power removed from the nation’s power grid is raising concerns about the future reliability of electricity supply.

“‘Act first and think about the consequences later’ is a hallmark of the Obama Administration. With ObamaCare it was said the bill would have to pass first to see what was in the legislation, and now with the EPA it’s ‘let’s close down power plants and find out later if we have enough electricity’. The total disregard for a sound and transparent government process is outrageous and it must be stopped by the legislative branch,” said Deneen Borelli, full-time fellow of the National Center-sponsored African-American leadership group, Project 21.

“Congress must take a stand and slow down the regulatory blitzkrieg that is targeting coal-fired electricity generation. Hardworking Americans can’t afford President Obama’s war on coal that will deliver his promise to make electricity prices skyrocket. By voting for the TRAIN Act, including the Whitfield amendment, House members will be voting for jobs and the needs of the American people,” added Deneen Borelli.

This is something that is more than mere “food for thought.”  It is a matter of economic survival as American enterprise, consumers, and workers take the greatest pounding in terms of regulations than they have faced in our nation’s history. So many jobs that have been exported to foreign countries in recent years are a direct result of a regulatory environment that is best described as “out of control.” Readers should do more than ponder the consequences of the EPA and contact their elected officials and tell them it is time to hold them responsible.