The same forces that caused the dot.com bubble and the housing bubble are at work in healthcare, writes Andrew Foy, M.D. Government policy has supported spending that otherwise would not have occurred, causing severe misallocation of resources.

Healthcare spending took off in 1965 when the government started subsidizing care of the elderly and the poor through Medicare and Medicaid, and expanded further as legislation such as the HMO Act of 1973 shifted responsibility from the individual to everyone in the insurance pool. 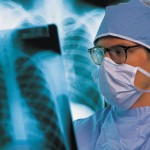 Patients are not the real decision makers in the system, which Foy describes as “fascialist” in his article in the summer issue of the Journal of American Physicians and Surgeons, http://www.jpands.org/vol17no2/foy.pdf. Some of the government interventions are fascist in nature, involving regimentation and massive regulation that favors certain interests (“crony capitalism”). Some are socialist, involving egalitarianism promoted by progressive taxation and welfare state institutions.

This level of spending vastly exceeds tax revenues and depends on borrowing. When the easy credit runs out, it cannot be sustained.

“Medicine is an ages-old profession,” Foy states. “It existed long before the healthcare bubble was inflated, and will continue on long after it bursts.” Physicians need to focus on giving patients what they value. “For too long, the medical-industrial complex has been focused on giving the public what it values, at the expense of the public.”

The Journal is an official publication of the Association of American Physicians and Surgeons (AAPS), a national organization representing physicians in all specialties, (www.aapsonline.org) which was founded in 1943 to defend the sanctity of the patient-physician relationship.