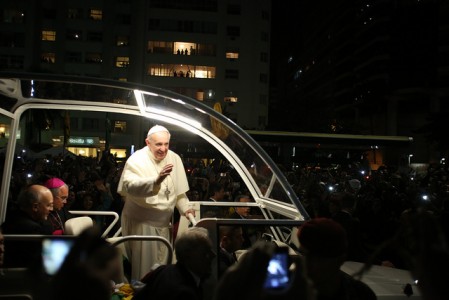 In December 1937, one of the most brutal military campaigns in history got underway as the population of Nanking, China, was subjected to uncontrolled butchery by invading Japanese forces. Known as “the Rape of Nanking,” it would last for six weeks, claiming 40,000 lives.

Almost eight decades later, ISIS forces moving through Iraq and Syria have demonstrated little has changed in man’s inhumanity towards his fellow man. But the violence achieved by the Japanese will be far exceeded by ISIS in duration. ISIS victims have been shot and beheaded by their captors—their bodies thrown into mass graves or rivers; some victims buried alive.

Today, despite instantaneous news reporting capabilities, more reporting appears to have been done during the tragedy of Nanking – bringing it to a halt – than we see today about ISIS.

Accordingly, the international outcry over the ongoing slaughter by ISIS in the Middle East is considerably toned down. In part, this is because many European countries fear upsetting Muslim minorities residing therein.

Unfortunately, the Vatican too has been guilty of trying to hide actions of various Muslim extremists.

“The Vatican failed in an attempt to cover up the contents of a prayer by a Muslim cleric at an interfaith ‘Prayer for Peace’ service held in the Vatican garden on June 8. Departing from a pre-approved script, the imam recited verses 284-286 of Sura 2 from the Koran, the latter part of which calls on Allah to grant Muslims victory over non-Muslims.”

Even as the Vatican took steps to interact with Muslim leaders in a show of peaceful unity, the latter could not stick to the script, feeling compelled to promote Islam’s perceived superiority and call for Allah’s victory over all other religions.

It was only the posting of the imam’s actual comments by a former Muslim attendee that the effort by the Vatican to cover it up was revealed. When queried about the cover-up, the Vatican defended the imam, outrageously suggesting what was heard was not what was meant.

German broadcaster Deutsche Welle noted a change in diplomacy toward Islam between the current and past Popes. “While Pope Benedict XVI had distanced himself from other religions, his successor is pursuing a different policy,” he said.

However, covering up Muslim extremists’ violent intent concerning its desired fate for Christianity and other religions should not be part of such a policy. If engagement is the Vatican’s new diplomacy, it needs to be honest diplomacy—reporting the truth, warts and all.

In the early 20th century, President Theodore Roosevelt embraced a “speak softly, and carry a big stick” foreign policy—one exercising intelligent forethought but one also prepared to use force if necessary.

The Vatican takes an ostrich-like approach to ISIS, hoping the threat will go away while failing to warn its flock that the wolf waits to attack.  Meanwhile, on August 13, 2014 article by Jim Kouri suggests the Vatican still fails to fully grasp the threat.

Kouri reported the Vatican’s ambassador in Baghdad during the Iraq war, Cardinal Fernando Filoni, was being dispatched to Iraq in a show of solidarity with Christians who, for the first time in 2000 years, no longer reside in the country. But, simultaneously, the Vatican advocates international gun control to prevent the arming of civilians.

Advocating the elimination of weapons in civilian hands at a time of such blatant ongoing brutality by ISIS is unrealistic. It is as if the Vatican believes the brutality will stop if unarmed civilians simply demonstrate they pose no danger since they are unable to defend themselves.

If so, Vatican leaders seem to be ignoring the lessons of the Rape of Nanking. As the Japanese marched into the city, foreign nationals established a “Safety Zone” for civilians and unarmed Chinese soldiers. The unarmed Chinese became easy prey for the Japanese who simply entered the Safety Zone, seizing prisoners and summarily executing them.

Gun rights expert John M. Snyder said of this misguided Vatican initiative, “the real effect of the Vatican policy is to undermine the victim’s right to self-defense and strengthen the position of those who persecute Catholics…it should encourage the arming of the innocent for self-defense.”

He added, “there is a moral obligation to fight evil. ’The man without a sword must sell his coat and buy one,’ said Jesus Christ (Luke: 22:36).”

It is one thing to disarm followers of their right of self-defense; it is quite another to disarm them of the truth. Understanding the latter allows one to understand the former. The Vatican does a great disservice in disarming followers of both, thus only helping to fuel a 21st century version of the Rape of Nanking in Iraq and Syria.