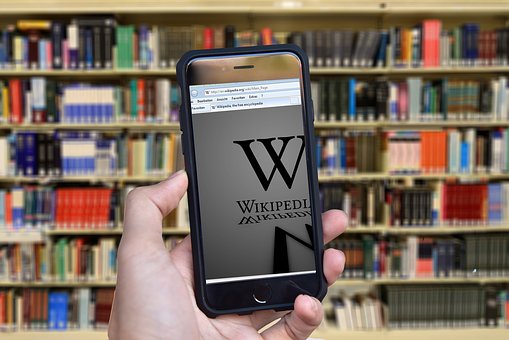 By Discovery Institute, Special for  USDR

Noted German paleontologist Günter Bechly has been deleted from Wikipedia, the self-described free and open encyclopedia, according to Discovery Institute. Bechly is a former curator at the State Museum of Natural History in Stuttgart and an expert on fossil history and systematics of insects. He has over 125 scientific publications (incl. a book at Cambridge University Press), more than 160 new species described by him (incl. three new insect orders), 8 species and even a dragonfly family named by other scientists in his  honor.

Wikipedia editors are typically anonymous and adopt fanciful identities. “More startling than Bechly’s deletion was that it came at the hands of a self-described 500-year-old wizard who goes by the pseudonym Jo-Jo,” says Evolution News & Science Today editor David Klinghoffer. “That’s what passes for scholarship at  Wikipedia.”

Wikipedia has been criticized in the past for advancing political and ideological agendas in its entries on scientific subjects such as climate change and intelligent  design.

Bechly, once a staunch believer in modern evolutionary theory who organized Germany’s largest celebration of the 150th anniversary of Darwin’s Origin of Species, has since gone public in his support for the emerging scientific theory of intelligent design. His current research for Biologic Institute focuses on design evidence in the fossil record. What seems to make Bechly dangerous for the self-proclaimed guardians of the naturalistic paradigm at Wikipedia is the very fact that he is an internationally distinguished paleontologist and evolutionary biologist, who changed his mind based only on scientific arguments, and now rejects Darwinian theory of evolution as not being a viable explanation for biological  origins.

“Wiki editors have rigid and not altogether surprising biases,” adds Klinghoffer, who has monitored Wikipedia’s coverage of intelligent design and evolution over the past decade. “They are lightning fast at erasing corrections to pages they care  about.”

He continues: “Wikipedia’s coverage of intelligent design, which they mischaracterize as ‘a religious argument for the existence of God,’ is hopelessly prejudiced and  inaccurate.”

It was while Bechly organized his museum’s Darwin event that he began to change his views on intelligent design. This resulted in his being pushed out of the  museum.

“When organizing the Darwin anniversary event I made one big mistake,” explains Bechly. “I read the books against intelligent design. What I recognized to my surprise is that the arguments I found in those books were totally different from what I heard and read about the discussion of intelligent design versus neo-Darwinian  evolution.”

Bechly adds: “Then, I read Darwin’s Black Box where Michael Behe introduces this concept of irreducible complexity, and the most important thing that I realized is there are clearly scientific arguments that show there are problems with the neo-Darwinian  scenario.”

According to Klinghoffer there’s not much to be done to correct entries at Wikipedia. He knows from experience that fighting Wikipedia on its own pages is a waste of time. This incorrigible bias and censorship at Wikipedia is alarming, because Wikipedia is besides Google one of the most often frequented source of information on the Internet. Who controls Wikipedia, controls what people tend to think about certain controversial  subjects.

“I recommend that people share this story with friends, as widely as possible, so that perhaps readers will take the online encyclopedia with a pinch of skepticism next time,” says  Klinghoffer.

He also suggests that people share the new online documentary Revolutionary: Michael Behe and the Mystery of Molecular Machines in which Dr. Bechly gets to tell a little bit of his own  story.